Under the Cuban Sun 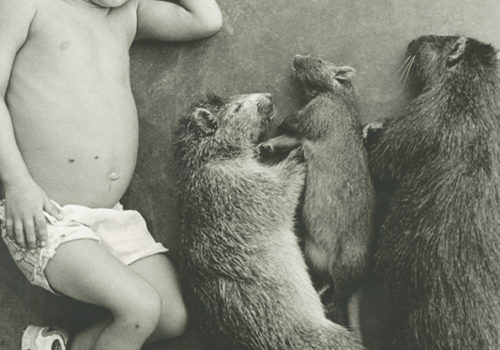 Through September 17th, 2016, Throckmorton Fine Art is showing Under the Cuban Sun, an extremely timely collection of photographs highlighting Cuban life, art, politics and culture from the early 1930s through the revolution  to the present day. Spencer Throckmorton answered a few questions for SXSE Magazine about the impetus and inspiration behind this photographic tour of Cuba.

The timing for this show is pretty good. How long has it been in the planning?

I have collected images of Cuba, either images taken by Cuban photographers or images of Cuba–especially of Fidel Castro–for over 30 years. Concerning the show, it took about a year of narrowing down my collection for the exhibition.

What was your response to Obama’s opening of our relationship with Cuba?

I felt that it was about time, that we needed to start communicating and move forward. However one might feel about the subject, the key is to open the dialogue.

Have you been there before?  When and where?  Any plans to go again soon?

I have never been to Cuba; I feel that I have been however since I know and collected works onCuba for so many years.  I have no plans in the near future but if the opportunity comes, I will surely go.

Your press release mentions the approach you’re taking to the variety of photographs depicting Cuba. Can you tell us more about that ?

Our show is highlighting the good and the real relating to the daily lives of Cubans, the iconic and the new mixed with the old; there are so many contrasts, which reflect the cross-section of works I want to show.

What were the criteria you had for the photographs in this exhibition?

All the photographs are black and white. We are featuring many vintage works, all by important Cuban photographers dating from the early part of the 20th century to the present. The photographs variously depict the political, cultural and emerging landscapes of Cuba.

What hopes do you have for the future of Cuba?

I hope that the future of Cuba is more open, that they can finally become a part and player in the global world…especially when it comes to the art world.

UNDER THE CUBAN SUN