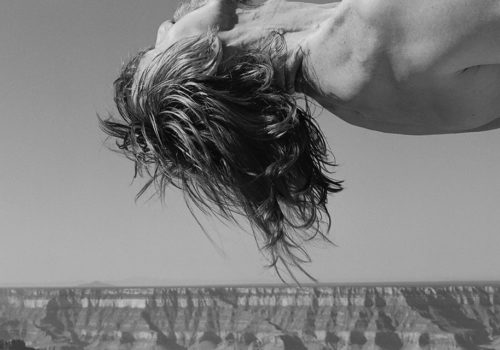 Autumn is plenty of photographic events in Emilia Romagna. So entire weekends may be devoted to discovering photographic exhibitions and authors as well as cities and towns spread on the territory of the Emilia Romagna Photo Valley (more about it in a next article), from the SI FEST in Savignano sul Rubicone to Riaperture in Ferrara and the ColornoPotoLife, near Parma. “Futura”, “Ideale” and “Il Fattore Umano” are their keywords.

The SI FEST, at its finissage, is the longest-running photographic festival in Italy, celebrating its 30th anniversary with a relevant intensity of proposals and public. It’s structured around the theme FUTURA, I domani della fotografia, with a feminine declination but also in the Latin sense, as the plural form for things that are to come to light, and opens up to a vision ahead to the future. The artistic director Denis Curti highlights on timestream and on Nature, on which Man’s future depends.

Besides the traditional portfolio readings, the exhibitions. Among them: Same but different by Arno Rafael Minkkinen (the human figure blending with the natural landscape); Polarnight by Esther Horvath, (a project on an expedition aimed at the study of global warming in the Arctic); Riflessi sull’acqua by Mario Vidor, Dreams, by Elena Givone, dealing with future, hopes and dreams. Then Percorsi al femminile. Uno sguardo sul domani, in collaboration with the Biennale della Fotografia Femminile (Mantua) on strategic issues for a different and possible world, Una lunga storia per il nostro futuro, in collaboration with La Repubblica and Reuters (thirty years of events thanks to the front pages of the newspaper).

Luce in Archivio is an overview of the first editions of the festival and a tribute to the photographic archive of the Municipality, with its more than 200,000 iconographic documents, besides the recently acquired collection by the Rimini reporter Marco Pesaresi. The self-portrait as a representation of oneself is the focus of educational projects by high schools in Savignano and Imperia. There are also Polawalks, not forgetting the SI FEST OFF 2021.

Networked projects are interesting, too. Like the exhibition with the results of the Reset call, launched by Sistema Festival Fotografia (five Italian photography festivals from different Regions linked together to create a cultural planning common platform), the meetings with the mayors of Senigallia and Bibbiena, cities of photography, with the University of Bologna (Rimini Campus) or the presentation of the Emilia Romagna Photo Valley project (promoted by APT Servizi Emilia Romagna, it maps “photography” on the regional territory).

The next stop is Ferrara, the magnificent medieval town and Renaissance capital of the Estense Duchy with its suspended and metaphysical aura.

Until October 3rd the Riaperture PhotoFestival Ferrara displays 49 photographic exhibitions (in the Official and the new OFF Circuit) in 38 locations, that, as tradition, are usually closed or undergoing restoration in town, to be discovered together with images and authors. Non-places host the “ideal” projects (according to the 5th edition theme, Ideale) by well-known photographers and new talents. For instance, Franco Fontana (with Franco Fontana. Personale per Ideale), who is back in Ferrara after 50 years since his exhibition at the Palazzo dei Diamanti. Then, the Donbass stories by the photojournalist Giorgio Bianchi, Drowning World project – Submerged Portraits by Gideon Mendel, When Everything Changed Covid-19: The European Epicenter by Fabio Bucciarelli, Serena Vittorini with En ce moment and Through you or Cento case popolari (Fabio Mantovani). The works of visual artist Christy Lee Rogers are displayed in the Palazzo Schifanoia gardens. They are from the Muse and Human collections (a project linked to the World Water Day Photo Contest, by Lions Club Seregno AID). Many other projects can be discovered thanks to the map on the site of Riaperture PhotoFestival.

Heading westwards, there is the Colorno, with the homonymous Reggia, a jewel of the XVII century architecture.

The ColornoPhotoLife, with its rich program, is a thematic festival where works by well-known photographers can be seen, emerging authors can display their works and it is a place to dialogue with professionals. In a word: it’s an event that deals with photographic culture. The focus of this year edition is “Il Fattore umano”.

In the ancient Aranciaia, The MUPAC, the Colorno Ethnographic Museum features photographic exhibitions interacting with antiques and contemporary artworks. Among them, Crossing the Balkans by Placucci, Brain Damage by di Donato and Il condominio – Strati di me by Benedetti (until October 4th). October 15th – November 7th: twelve solo shows at the same time, including Anticorpi Bolognesi by Giulio Di Meo; Stop – a small independent photography festival and Shooting Sarajevo by Luigi Ottani. All the authors and their works, as well as the scheduled workshops, are on the program

The Portfolio Italia stage to be held in Colorno is on October 16th and 17th. It’s a contest dedicated to portfolios covering the national territory. It has a special formula combining the peculiarities of both a work presentation and a photo competition.