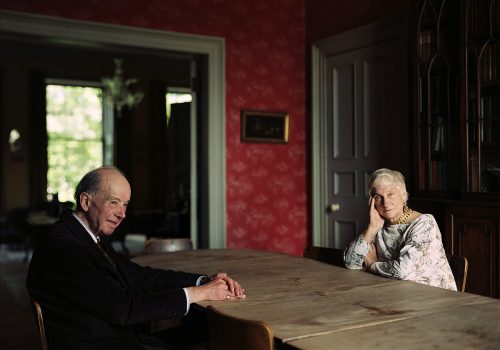 Thomas Struth (Geldern, Germany, 1954) is one of the most influential European photographers of our time.

With the exhibition Thomas Struth, the Guggenheim Museum Bilbao devotes to him starting October 2nd an important retrospective exhibition gathering a selection of 130 works covering five decades of activity.

Thomas Struth deals with fundamental topics, such as the instability of social structures or the fragility of human existence, through images whose formal elegance arouses both curiosity and empathy. Struth is particularly interested in issues related to public space, family ties, nature and culture, new technologies and their limitations.

The exhibition will relate, and put in perspective, the main stages of the artist’s career: his first research as evidenced by his archives, the iconic series including Lieux inconscients (Unconscious Places), Portraits de famille (Family Portraits), Public (Audience), Photographies de musée (Museum Photographs), Nouvelles images du paradis (New Pictures from Paradise), ou Cet endroit (This Place). This Place, a series exploring the complexity of the borderline between Israel and the West Bank. The video installation Project Berlin (Berlin Project) produced in 1998 in collaboration with the multimedia artist Klaus vom Bruch will be presented alongside more recent series including Dandelion Room, a set of photographs of landscapes and flowers created for the hospital services of the city of Lindberg or the series Nature & Politique (Nature & Politics) et Animaux (Animals).

These dialogues between cycles of works will highlight Struth’s ability to combine analysis and photographic creation through multiple motifs and mediums at the origin of creating powerfully evocative images.

The exhibition will also feature Struth’s only known self-portrait in which he contemplates Albert Dürer’s Self-Portrait (1500). A self-portrait made in 2000 following his series Museum Photographs in 1999.

Finally, the exhibition will present Animaux (Animals), the most recent cycle of the artist he has been working on since 2016. In these still lifes, remains of birds or mammals are at the center of attention. Dead from natural death these dead animals were collected by the Leibniz Institute for Zoological and Wildlife Research in Berlin. Struth represents them with extreme sensitivity and in a new and surprising way. Through these works, Struth discusses the dignity of life, humanism, evolution and the issues at stake.

“I tried to show these animals in a dignified and beautiful way. I am interested in the idea of ​​abandonment: once dead, all the circus that one has created with the greatest determination, all this theater, stops forever. These photos must be like shots, the memory of death resembling a burst.”

An illustrated catalog will accompany the exhibition. It will include essays by Thomas Weski, curator of the exhibition, Jana-Maria Hartmann, Ulrich Wilmes, and an interview with Thomas Struth by Okwui Enwezor. These texts will shed light on Thomas Struth’s artistic career, creative process and intellectual thinking.

Exhibition organized by the Munich Haus der Kunst in collaboration with the Guggenheim Museum Bilbao.