The visceral photography of Igor Posner 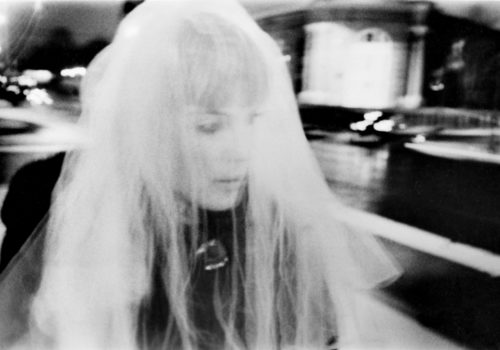 What happens to the place where we grew up once we have left it behind? In our memory, it turns into an object of curiosity, a partial space we are compelled to visit. To return is to confront either nostalgia or the unknown.

When, in 2006, Igor Posner went back to Saint Petersburg, which he had left as a teenager to emigrate with his family to the United States, his position was clear: “I was not looking for the past and never went back to the places where I grew up. I wanted to be like a stranger there, and confront myself to people I would not otherwise meet people who almost scared me at times.”

An estranged insider in the streets and cafés of his native city, Posner would get lost in the fog and in the geometry of the Russian metropolis even his native accent eroded by fourteen years of English and his expired films . On an empty stomach, he would take visceral photographs of the city’s residents, its vistas, its fog ,first on short visits, and later during a several month long stay, refusing to head out until he’d had his fill.

The resulting narrative goes against the grain of linear storytelling, emptying the whole series of any temporal or geographic references. There is no trace of a canal, no bridge, no sign of the royal palace. Occasional buildings that emerge from Posner’s grainy black-and-white images look more like Paris or New York than the imperial capital. As we turn the pages of Posner’s book, published by Red Hook Editions, Nikolai Gogol’s evocation of Nevsky Prospekt comes to mind: “All is deception, all is a dream, nothing is what it seems.”[1]

Posner’s images are imbued with a fictional atmosphere that relies on scattered mises-en-abyme. Cinema screens show an old-fashioned, slightly naïve Russia, whereas photographs hung on walls covered with floral wallpaper cling to another era. “Editing the book took about 7 years. It was a long and painful process but I wanted to distort the narrative,” explains Posner.

The illusion of reality in the first half of the book gradually gives way to a disarticulated narrative, featuring a wandering bride and, a dozen pages later, a dog, as if reenacting Anton Chekhov’s short story, The Lady With the Dog. “Since the place where the book is set and the circumstances of my ‘return’ present this peculiar collision of tenses, images themselves lose any significance of adhering to a certain chronology, instead seeking to create their own set of relations free of sequential display of facts,” adds the photographer.

The development of images is also subject to meticulous treatment, alternating distinct fragments of reality with anthropomorphic reflections in rain puddles and in the gentle waves of the Baltic Sea. Human bodies are contorted, bleary-eyed, only to transform into anonymous, wandering, sometimes uncanny presences.

Laurence Cornet is a journalist specializing in photography and an independent curator. She lives in New York and Paris.