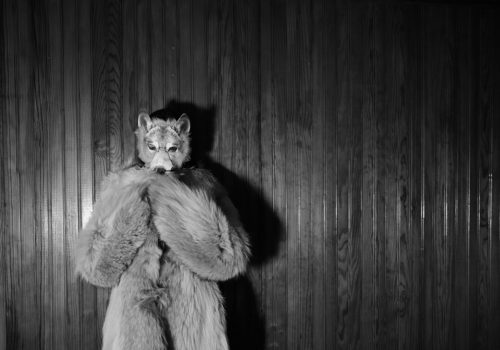 Born on the Congo River, Kristian Gavoille grew up on the Mediterranean coast.
If he studied architecture and design, he dreamed long before that of becoming an oceanographer, then a sailing instructor in Banyuls sur Mer, his grandmother’s village.
In the end, destiny decided otherwise, and he also became a photographer.
In 1986, he started as Philippe Starck’s main collaborator before opening his own agency in the early 90s. Elected designer of the year in 1992, his career took an international turn. With Valérie Garcia, he created boutique concepts from Paris to Tokyo, including Milan and New York, hotels and furniture that was exhibited in Milan, Bilbao, Barcelona, Osaka and New York.
But photography had always prowled around …. As a teenager, the book “Nées de la vague” introduced him to erotic photography and 44 years later he produced 24 images that he showed at an exhibition entitled “Toutes nues” at the Rue Sans Fraise Gallery in Paris.
“There has always been a camera in my family,” he explains. For him, everything starts from the imagination, and if you look closely, at all his projects, there is a common denominator: a play of light and shadow, but also the love of beauty, of difference and this visceral need to want to challenge the eye and the desire to go further.
A few days before the opening of the Rencontres d’Arles, in which he is participating in the Off, the photographer was kind enough to answer our Questionnaire!

Your first photographic trigger ?
Kristian Gavoille: My godfather’s cat, I was 11 years old. I didn’t know anything about my mother’s Rolleiflex, and taken in full sunlight, the photo seemed to have been taken at night. I found it very pretty and never trusted the automatic.

The man of images who inspires you ?
Kristian Gavoille: There are two. Jeanloup Sieff for his wide angle and Lucien Clergue for his love of the sea and the nude.

The image you would have liked to make ?
Kristian Gavoille: All the work of Peter Beard who knew how to mix all the arts in the same photo

The one that moved you the most ?
Kristian Gavoille: It was in New York 15 days after the attack of the World Trade Center, a summary of photos taken during this tragedy. This amateur book was for sale at a low price, I flipped through it and put it on the ground on its cover… It was too early.

And the one that made you angry ?
Kristian Gavoille: A woman sleeping in the street in the middle of Paris in the XXI century.

A key image in your personal pantheon ?
Kristian Gavoille: A photo of Lucien Clergue from the series born of the wave, a pareo of sea and foam surrounds a naked belly… magnificent

The necessary quality to be a good photographer ?
Kristian Gavoille: To be on the lookout and to listen.

The secret of the perfect image, if it exists ?
Kristian Gavoille: The imperfect image interests me much more.

The person you would dream of photographing ?
Kristian Gavoille: A woman without a doubt.

An essential photo book ?
Kristian Gavoille: Any book by Newton.

The camera of your beginnings ?
Kristian Gavoille: A Zenith E.

The one you use now ?
Kristian Gavoille: A Sony Alpha with a single lens 24mm aperture 1.4.

Your favorite drug ?
Kristian Gavoille: The sea and beer.

The best way to disconnect for you ?
Kristian Gavoille: Sailing in a dinghy on the sea.

Your best quality ?
Kristian Gavoille: I never give up.

The job you would not have liked to do ?
Kristian Gavoille: Trader.

The values you wish to share through your images ?
Kristian Gavoille: To make the banal fall into the extraordinary.

The city, the country or the culture that you dream to discover ?
Kristian Gavoille: The Samoan Islands.

The place you never get tired of ?
Kristian Gavoille: It’s a place near the village where my grandmother was born, the cove of Paulille with the Mediterranean surrounded by vineyards.

Your biggest regret ?
Kristian Gavoille: After a very big fire in the Corbières, I was in the middle of the burned countryside, the acrid smell of charred wood invaded the little bit of air that remained when a jogger ran past me. The image was beautiful the countryside was black, the jogger bright in the evening sun, I had my camera in my hand I let him pass paralyzed by this surreal scene and by the sad message it gave.

Daylight or artificial light ?
Kristian Gavoille: Daylight even when there is little of it.

The most photogenic city according to you?
Kristian Gavoille : Not a city, a country : India, you sit on the sidewalk and you make 12 books in an afternoon.

If God existed, would you ask him to pose for you, or would you opt for a selfie with him ?
Kristian Gavoille: I look at the sky but I don’t see it.

The image that represents for you the current state of the world ?
Kristian Gavoille: A man dying in a cardboard box in the XXI century and the massacre of dolphins in the Faroe Islands.

If I could organize a special dinner for you, who would you like to see around the table ?
Kristian Gavoille: Peter Beard, Joe Strummer, Sophia Loren and Charlotte Rampling, Sylvain Tesson and Paul Watson.

What is missing in today’s world ?
Kristian Gavoille: We don’t need to all be friends, but could respect each other.

And if everything was to be redone ?
Kristian Gavoille: It would be boring!

Exhibition : OnephotoOnedayOneyear (at 5bis rue des moulins in Arles)
from 04 to 10 July in the framework of Arles Off during »Les Rencontres d’Arles ».
365 photos that represent a year of images on Instagram.
Unique print in sublimation on metal in 20×20 cm