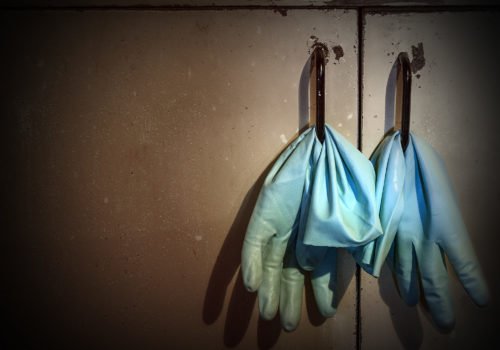 Silver, whether it is a precious metal or a symbol of an amassing wealth, maintains with photography, in all its aspects, a relationship as inseparable as it is very ambiguous. It looks like a fairy tale with theatrical twists in three acts, until this day.

Once upon a time … takes shape at the beginning of the nineteenth century with a small silver plate covered with Judean bitumen, which allows Sir Nicéphore Niepce to immobilize an image of his garden with a lot of patience. Thus, the silver (metal) had settled in the circuit and, except some anecdotal times, it will be anchored there. For a century and a half, under various make-up and disguises, silver (metal) will be present from different salts – with the help of many chemical solutions – it will also hide with substitutions of multicolored pigments. Of course, from time to time, some pretending lovers intervene cautiously in the amorous duo. They range from royal platinum to agricultural potato starch. Some chemical liquors will also try to disrupt the monopole with the sympathetic family of cyanides or with collodion discovered by Louis Ménard, and photographically attributed to Frederick Scott Archer. The scenes go by, the silver (metal) maintains itself firmly that it is presented as rigid plates, that it lies down on a glass plate, that it becomes embedded in a gelatin, that it spreads on a film of cellulose. Silver (metal) is truly the star of the scene, and the photography no complains about it; But not at all. This flirt allows photography to gain considerable scope, to infiltrate all categories and all professions of society. Thanks to its duet with silver (metal), photography becomes essential.

The second act of the nursery rhyme, a kind of hinge, is much shorter and sees our two lovebirds getting married, a wedding with a pleasant surprise guest: silver (money). It is still a little early to confirm that the surprise was really good! The thirty glorious years of photography (1970-2000) make drums beat and trumpets reason. The feats of silver (metal) with subtle films and sumptuous papers, both in monochrome and in color, are at their peak. Silver (money) flows freely for all those who work, or even just touch, the slightest connection with the photographic technique. Camera makers, film magicians, lab wizards and even props are finding their profits. The great names, photographers of this time, raked in phenomenal amounts for the slightest shot. Whether he is a reporter photographer, an advertising photographer, a show business photographer, a scientific photographer, a documentary photographer, a paparazzo or among the first contemporary creators to use photographic tools, the photographer – with his silver halo – arouses admiration and he stuffs his pockets. While the verb and the word fade, without affecting quidam, the image invites itself on a daily basis. Times sing: “a picture is well worth a long speech” or “the (light) weight of words must absolutely rely on the shock of photos”. From postage stamps to huge advertising posters, silver (money) flows freely for photographers. “It comes back to me that a classmate installed at the bottom of the ski slopes, with her Nikon, won, over the short ski season at this time, what she needed to live very comfortably all year round”. It is on this euphoric stage that the curtain of this act two closes.

The curtain will reopen very quickly, without any intermission; because, without warning and against all expectations, the ephemeral digitization will lock us up the silver (metal) like a vulgar lover in the unavoidable closet. In a decade, this technological turnaround has ruined entire industrial sectors, and it has set aside thousands of photographers, by various ricochets, without sparing any. The 0 or 1 of the silver atom (metal) has become an immaterial polarity in its concept. It is technological evolution, and it is as legitimate as it is logical; except that this dematerialization extends like gangrene outside the only technical sphere. From the start of scene two of this act of mutations, the cause is lost. Computing and dazzling communication will take possession of our planet. Speediness imposes itself, memorization fades, the immediate dazzles, the feeling vanishes. Silver (metal) very rarely escapes through the keyhole of his cupboard; but, only to serve some creations of nostalgic or curious minds. On the other hand, silver (money) has invaded the whole scene and is imposing itself there shamelessly in the middle of the soup of bits and bytes which is sweeping the World. Photography does not escape this socio-media tidal wave. The good image, when it is still visible, becomes the fifth wheel of a wagon which hastens to take refuge in an authentic haven of peace, far from the maelstrom which is sweeping through all the so-called social networks. Everything else is self-interested demagoguery. Everybody artists of world slide your finger on the face of the watch or smartphone. People, you are already adored by crowds of ecstatic “geeks”, no problem, artificial intelligence of camera confirms you in the status of fantastic artist photographer. Athlete, you only won an Olympic silver medal (always silver, but in the role of a hierarchical symbol) no worries three or four selfies from your privacy will cover the walls of a state building (if possible historic). Silver (metal) is no longer used for photography, but photography generates a lot of silver (money). Our show gets carried away, the scenes follow one another at an infernal pace, and it seems inexhaustible. The fake galleries suck up the few savings of the creator in a hurry, awaiting recognition of his ego. The book publishers promise bookshop shelves sumptuous for very limited editions of your first book, and of course at the author’s expense. The organizers of prestigious competitions – for themselves – naturally strive to extract some coins to allow you to add one more additional line, after the twenty or so distinctions that are already on your website. The promoters, public or private, of workshops and other Masters Classes, very expensive,  train you to plagiarize one of your idols, with a small shake … of the hand and a selfie if the master is in a good mood. It should be noted that this is a source of substitute income for masters deprived of their photographic resources. All these little scenes of psychological and moral scams invade us one after the other! It is proven that as long as there are some “gogos” waiting for recognition of their ego by their bank accounts, the silver (money) generated from this new photography still has a bright future.

The flip side of the medal, which is no longer silver (metal and money) is in the desolation of the wings where a still significant number of photographers, with real talents, slowly withers away, despoiled and on the side of this new silver (money). Should we wait some better days? Like any great tragic play worthy of the name, there may still be two important and life-saving acts to perform. Will this new year finally be the intermission before the romantic reunion between Silver and Photography?