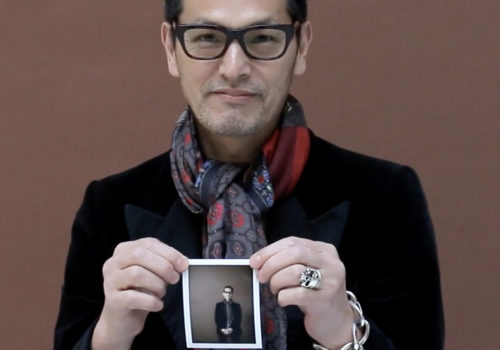 Philippe Abergel is the director of the documentary on Satoshi Saïkusa we featured 2 days ago on the news of his passing. He sent us this text :

When I started my “Portrait of a Photographer” documentary film series it was mainly with the intention of discovering talents known and respected among professional photographers often unknown to photography enthusiasts and the general public.

An educational series, so that young photography students learned how these great photographers “experience” photography.

A heritage series also to keep the memory of our profession.

There are so few films about photographers …

When I went to meet Satoshi Saïkusa it was then my third film, it came just after the one on Frank Horvat; I was looking among the photographers whose work I admired, a fashion photographer working for the biggest French and international magazines.

I then met an absolutely charming and elegant man, who in his great modesty did not understand that we wanted to make a movie about him.

As Satoshi confided to me at the time, “the Japanese don’t say everything, you have to understand the silences” there is in Japanese culture a modesty that does not necessarily lead to talking about oneself.

I gradually understood that he was one of those men who have a natural charisma that is evident at first glance … deep, gentle and intelligent.

When Satoshi accepted to receive me, he did so without restraint, he opened his archives, his studio and his workshop where he created his incredible compositions.

When I showed my film to Satoshi and Quynh his lovely wife, Quynh then told me that she was very pleasantly surprised that Satoshi had given up so much and I was very happy for that.

I will never forget this wonderful meeting with this man, with this talented photographer.

We will miss you Satoshi, you left far too early.

A thousand loving thoughts to Quynh and his family.