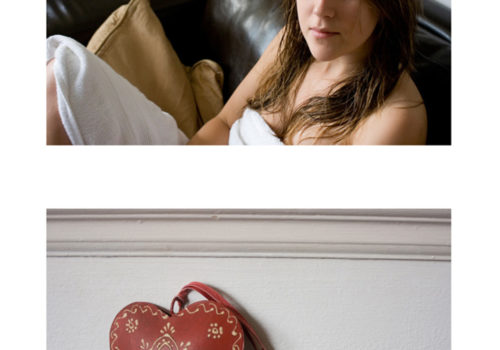 The combination of globalisation and the increasing individualisation of identity is causing cultural products to merge into a more global society and distances between countries to diminish. Interestingly enough our increasing online presence simultaneously feeds our desire of being somewhere else, and actually experiencing our online findings in real life. It stimulates the idea of being able to live anywhere at anytime, creating a feeling of restlessness and an urge for adventure. The threshold that once kept us from migrating seems to disappear, and however people in the Western world may have their own personal economic reasons, the idea of migration seems especially an adventurous idea, an indication of a fresh start, the ultimate path to find and explore the self.

But if this is true then how do we account for the sense of being lost and the longing for home? Aside from the obvious absence of family and old friends, the answer to this may lie in the fact that cultures and societies nowadays are mainly shaped by immaterial circumstances: the values, morals, habits, and laws (although they can have a direct impact on the material). It is often the case that only when placed outside of our own society and culture we start to wonder just how much our identity is actually shaped by the place we grew up in and if there is an autonomous sense of self to be found independently of location and others.

With the series ‘Altrove’ (Italian for elsewhere) I tried to picture the feeling of alienation due to frequent migrations and change of living spaces. All the people portayed in this series are living somewhere else, far from their original ‘home’. That became a frequent condition in the contemporary society, especially amongst young people; migrating for studying, working, or just seeking better opportunities is happening on a daily basis. Sometimes there is not enough time to understand where we are because another change is coming. Placing roots somewhere feels like an impossible mission and there is always a sense of non-identification with the place one’s in (or at least, never completely). This doesn’t necessarily mean this people are not feeling good in the place they are or with the life they have, but there is an inner need of constant research, of constant moving and the impossibility to base a life on a ‘solid ground’. As a consequence, one’s own identity is always under a big question mark. Part of a global community but in constant need of something small and personal, this people are those who will carry on the modern world. The choice to take this photos in the ‘temporary homes’ is made because often, in a new/different place, the most important thing, or the constant we have, is the house, or home.

Each of the works consists of a double portrait, where one photo portrays the person in his or her house, each of them trying to make this their home away from home. The other photo shows us an object taken from his or her personal space, ranging from something brought from their home country to something they bought with their first salary, sometimes even something they made themselves, but always unmistakably essential in creating the feeling of being at home. Together these photos create works that offer an up and close insight into a contemporary lifestyle that applies to many young people, especially in the capital cities of Europe and other parts of the world.