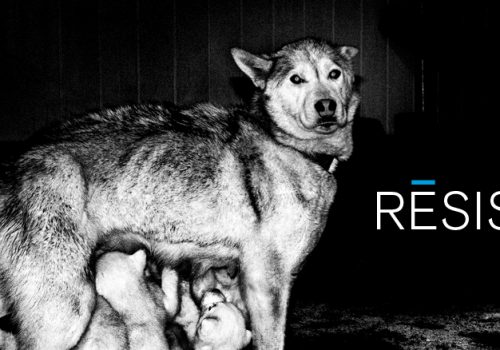 His name: Claude Goulet. He is the director of the Rencontres Internationales de la Photographie en Gaspésie, which takes place until September 30, 2020 in 12 municipalities, cities and national parks on the peninsula. We will devote 2 days to this festival.

For more than 30 years, I have worked in artistic and cultural organizations as a director and project designer. Driven by a strong commitment to artists, discipline and audience development, I have rubbed shoulders with journalism, the performing arts, film production and, for 11 years, the visual arts. Each time, I am filled with this passion, that of reflecting with the artists, the community of experts and the public, and by a constant questioning which allows to have a global vision and to advance the discipline and, of course, the organization.

It was in the summer of 2003, in Arles, that I discovered the work of Jean-Daniel Berclaz, (Berlin) founder of the Point de Vue Museum – that I organized the first photographic mission bringing together five photographers. In June 2009, the course of ten photographic installations was unveiled to the public in each place where the landscape was captured. What will henceforth constitute the Parcours du point de vue Gaspésie.

This first artistic intervention on the territory gave birth to the first edition of the Rencontres de la photographie en Gaspésie in 2010, of which I am the initiator. By inventing the Rencontres, we had a duty to innovate and to stand out from other contemporary art events. To defend photography, its language and its different aesthetics, we have set up a system over more than 800 kilometers, which represents up to twenty places (indoor and outdoor) in 17 municipalities and national parks.

One of the peculiarities of these Rencontres stems from the close bond created between the artists, the public and the works; it is favored by lively, participatory, inclusive and original projects carried out over a vast territory. An art gallery spanning the entire Gaspé coastline!

The realization of this great unifying project that the Rencontres are today, I owe it to the generosity of the artists and the confidence of our partners who are the host cities, and more than twenty-two places which, year after year for a decade, take with us the beautiful risk of creation.

Through the various paths offered by the event, components have thus been added to enrich and modulate the initial proposal: creative residencies, mediation projects, national and international networking, photographic missions on the contemporary Quebec landscape. , the establishment of a collection of books on photography, the creation of the Escuminac publishing house, the initiation of a journey of lasting works in situ.

From the creation of this event, I wanted to place networking at the heart of our mission! This networking enhances national and international exploration and circulation by offering cross residencies, exhibitions and an artistic exchange program with, among others, Diaphane, a photographic center in Hauts-de-France (since 2015).

In 2016, links were also forged between the artistic direction of Rencontres and the Nantes organization PUI- Pratiques et Usages de l’Image, highlighting common aspirations and questions around photography and the place of books. It is from this reflection that the idea of ​​creating an international platform on photographic books was born in 2019. The objective is to design an original form of exhibition and encounters around an object, the photo book, which promotes the circulation and influence of the work of artists while stimulating interest among a wide audience.

From these affiliations, meetings were also born which enabled the circle to be widened to include other partners in France, Italy, Lithuania and, of course, Quebec. In short, through the range of actions that I have implemented, we want to identify and understand the specificities of each of the organizations in order to play an artistic catalyst role.

Today, we have a duty to continue, innovate, invent and multiply collaborations to ensure that artists, their works and all of this territory the Gaspe peninsula shine.

Theme of this 11th edition

“Resistance” is the right word to launch this 11th edition! Long before the current world situation, the theme of resistance found its meaning in opposition to the state of the planet, to this race to balance the budget at all costs, to this lack of humanity and to the environment, so many times flouted in the name of economy.

To abide, to last, to resist: this is an answer available to us when we are overwhelmed by something greater than ourselves. Art, photography, in line with a work-revelation, artist-sites and the awareness of a territory constitute the richness of this journey stretching over more than 800 kilometers. The artistic body of this edition takes shape in relation to a vision, an open and poetic proposal. Photography, the moving image, questions rise, surprise, upset, destabilize. As in opposition to the current tragedy… We have brought together artists in a catalytic art project offering different points of view on the theme of resistance. It is also about the protection of the common good, of the individual and collective act. Like an observatory on the inventory of fixtures that is full of humanity and hope, photography has the strength to show the invisible!

Resist is reflected in our decision to launch outdoor exhibitions until September 30, 2020 in order to safely offer the public a program of light and poetry.