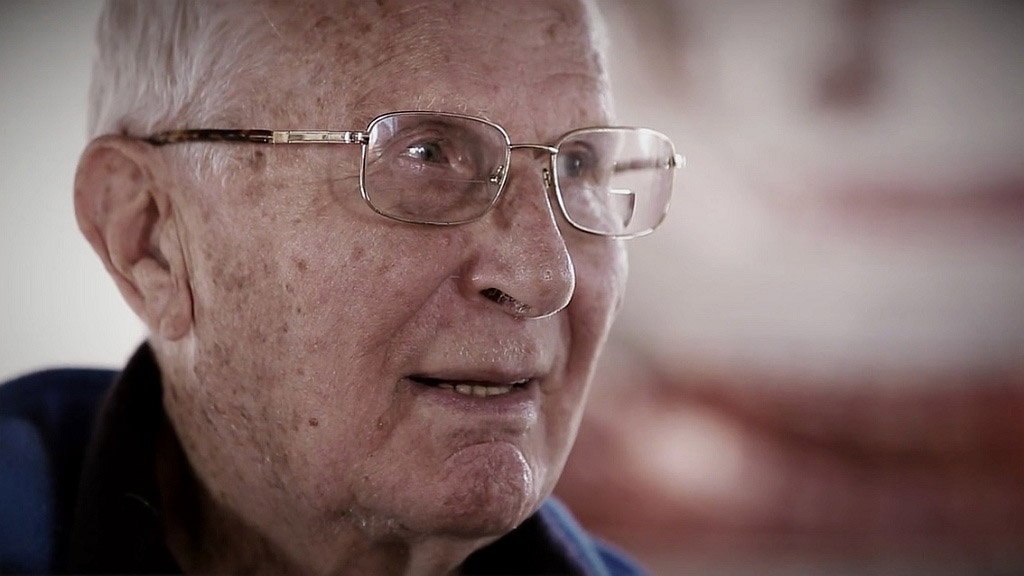 Venice is the magic place which inspired his most fascinating photos. Venice is the city Fulvio Roiter portrayed highlighting its history with an impressive color vibrancy and writing its most intimate life with a spectacular b&w. And in Venice he died, at 89.

He left Meolo, the small village on the Venetian mainland where he was born in 1926, in order to look for images anybody hadn’t shot yet.

When I interviewed him in the winter charm of the Venice Lido, some years ago, he explained he thought that “shooting photos means creating images, taking them out of context, in order to show a new reality. And, whenever he shots, the photographer has to be surprised, always looking for new insights”.

His father gave him his first camera as a gift for his good results at school. A gift which gave Roiter the idea that photography could become his work besides the passion of his life. “It was 1953 – Roiter remembered – and my father was thinking with less and less tolerance of that idea. He presented me with a difficult choice: either getting back to my job as a chemist or getting seriously involved in photography”. This led him to Sicily: there he traveled by bicycle retracing with his camera the grand tour, with its numberless visual emotions.

Roiter started taking pictures when he was 20; he then joined the photography club La Gondola di Venezia in 1949. In 1954 he published the b&w Venise à fleur d’eau, a book which, as he recalled, “was born of a dream of a summer night, one of those brief and fierce nights of August, when Venice is numb in every pore of his stones from the scorching heat “.

In 1956, he won the second edition of the Prix Nadar with the book Ombrie. Terre de Saint-François, which shows a dreamy and poetic image of the Italian landscape, which will be a constant in his photos and in his more than one hundred books.

Being one of the masters that since the fifties had been marked an era in the Italian photography, Roiter always sought an extreme graphic power, a unique light, the idea of beauty and a keen interest in the design of space in his images.

Especially known for his landscapes in color, he was also a celebrated author of travel and reportage photography. He crossed vast territories as well as an infinite humanity, in a time that now seems centuries away: Persia, Turkey, Mexico, Lebanon in the sixties, Louisiana, Tunisia, Equatorial Africa in the seventies, then Burma, Brazil, Mexico …

Roiter coped to feel the sense of elsewhere even nearby his own house: the lagoon, the flat countryside and a stunning Venice which left him discover its hidden side, the one that nobody had yet disclosed. He managed to redefine the naturally photogenic qualities of Venice in a way that at least a couple of generations of young photographers have tried to reinterpret following in his footsteps.