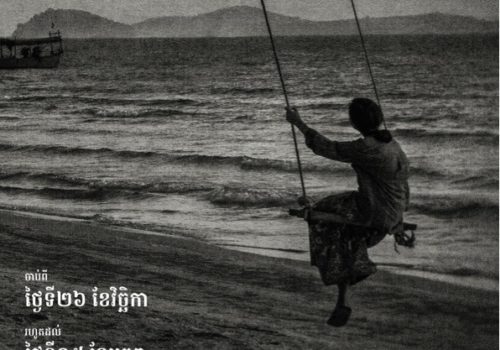 In these troubled and difficult times, the notion of exchange, with all that it entails of sharing, makes more sense than ever. It will be at the heart of the twelfth edition of Photo Phnom Penh, as it has been since day one. Exchanges between Europe and Asia, exchanges between cultures, between generations, between aesthetics, between conceptions of photography. Exchanges to share different knowledge and experiences, enrich each other, support each other and move forward.

Affirming the importance of international authors who develop works of universal scope and also permitting young people to express themselves has been at the center of Photo Phnom Penh’s programming from the very beginning. This is how a serious and joyful reflection on the landscape runs with Elina Brotherus’ works on the wall of the French Embassy and dialogue, in fact, with the proposals of two very young Cambodians at the French Institute. And FLORE’s poetic journey in the footsteps of what was Indochina by Marguerite Duras is confronted with the black and white testimony of Dana Langlois on a disappeared Phnom Penh, of which she was one of the first to rub shoulders with and support the artists.

All of these proposals are also a great demonstration of a real understanding of photography that has been built over the years as the festival mobilized more and more young people and volunteers. A photograph that is no longer conceived as a sole testimony to reality or proof, but as a mode of deep questioning. On time as well, identities, memory, among others. A mode of questioning which does not seek an answer but to awaken in each of us a critical attitude, in the best sense of the term, towards the world.

Thanks to the support of the European Union Delegation, the photographs will once again cross the capital on the back of the tuk-tuk for a traveling exhibition which, during one quarter, will offer surprises in the public space. Everyone has the right to access to art and deserve it.

Once again, the festival cannot exist without the artists. In these difficult times, they are a form of hope, not a solution, but a wonderful and much needed little flame that we help share.

Photo Phnom Penh festival is organized by Photo Phom Penh Association, a Cambodian structure whose president is Her Royal Highness Princess Sylvia Sisowath. The Institut Français (Paris) and the Institut Français du Cambodge are its historical and loyal partners. The Delegation of the European Union in Cambodia, as part of a three-year agreement, has enabled the development of a number of communication and education activities. The 2021 edition was made possible by the generosity of artist, collector and mecene Mr. Zhong Weixing and of the Parisian Gallery Echo 119.