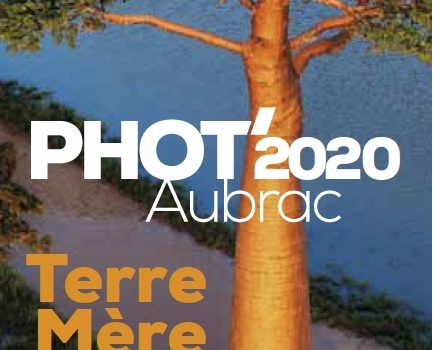 It’s the most authentic and natural photography festival of France !

It is called PHOT’Aubrac. It opens today and for 4 days.

Its setting, Aubrac: a sublime region of Aveyron. Its picture rails: some amazing farms, their barns and meadows all around. A rare atmosphere of conviviality, simplicity and a real passion for photography!

Great thanks to Maurice Subervie who helped us make this day a real happiness for us!

PHOT’Aubrac is a nature, animal and human photo festival, which takes place on the last 4 days of the week following Heritage Days, from Thursday 17 to Sunday 20 September for the 2020 edition.

Geographically, the exhibitions are spread around Nasbinals, Aubrac, Saint-Urcize, Marchastel. or in the three departments of Lozère, Aveyron and Cantal.

The main exhibition venues are:

The Tourist Office, reserved for guests; the Chartier house; the Jean Prat stable, the church square; The Tea Barn; Le Fer à Cheval (ski resort); the Lô D’Ici gîte; the town hall gates, the facades of the houses for the tarpaulins

The Aubrac House; the Aubrac Annex; the buron des Bouals

the Dômerie, the facade of the PNR offices.

The garden behind the church, the bowling alley, the attic of Gîte La Fontaine de Grégoire (Remise family); 2 new barns in 2019, the facades of the houses and the streets for the tarpaulins.

The church and the town hall

The facades of the houses for the tarpaulins

The town hall in Prinsuéjols

The hallmark of this festival is to present around fifty photo exhibitions each year (free entry) in emblematic places such as burons, barns, farms, traditional settlements spread over the majestic landscapes of Aubrac.

Three evenings of projection (for a fee) of various reportages with commentary or in the presence of their authors in the magnificent room of the mythical old nightclub “La Rosée du Matin”.

In addition, outdoor exhibitions are also offered to the public, either on hard panels, or on tarpaulins installed on the large walls of some houses in various villages, or in the trees, along the roads, stretched along the drailles. (typical paths in Aubrac)

The festival organizers are:

Jean-Pierre Montiel, who, in 2012, took charge of this festival which was created in 2003 and which was vegetating. Jean-Pierre is a former photographer-reporter from Arles who spent twelve years in charge of the famous Rencontres Photographiques.

Maurice Subervie, right-hand man of Jean-Pierre, a former photographer-editor, joined the adventure in 2014.

Both are passionate about photography, of the same kind of photography, that is to say, they mainly want to focus on figurative, humanistic and ecologically oriented photography.

PHOT’Aubrac operates with a budget that approached € 65,000 in 2019, managing to present 55 exhibitions and 3 evenings of conferences animated by “big names” in photography or reportage such as Hans Silvester, Reza, Jean-louis Etienne, Arnaud Guérin , Laurent Ballesta, etc …

This budget comes mainly from aid from the Community of Agglomerations, i.e. € 15,000, to which is added the sale of the book / catalog published by the association

PHOT’Aubrac, the sale of entrance tickets to the screening evenings, the sale of association membership cards, paid meals for two evenings and the financial participation of certain municipalities for which personalized photographic tarpaulins are produced.

In 2018 as in 2017, PHOT’Aubrac received around 15,000 visitors in an exceptional atmosphere, unanimously hailed, with many very friendly exchanges between the public and photographers …

PHOT’Aubrac has become the most popular event in Aubrac after the transhumance.

Photography is a visual testimony which often and advantageously replaces a long speech.

The Earth, our planet, in its geographical, human and natural aspects is an unlimited playground for those, amateur or professional, who devote themselves to the practice of photography.

Each year, since 2012, a theme dedicated to The Earth has been chosen, in connection with current events.

The theme chosen for 2020: “Mother Earth”, is an invitation to remember the Pachamama of the Andean cosmogony, which has two personalities: one generous, the other vindictive, depending on the relationship that is established between it. and mankind …

The guest of honor for 2020, Pascal Maitre, senior reporter, addressed, in more than forty countries, different aspects of Africa: people and their way of life, politics and conflicts, traditions… “Baobas, trees of life”, the reportage he presents in 2020, is a reportage on this unique and astonishing tree.

Hans Silvester will come for the third time to present  work carried out in Ethiopia on a breeding region comparable to Aubrac in many respects.

A selection committee of ten people will meet at the end of January to select the applications for the 2021 festival.