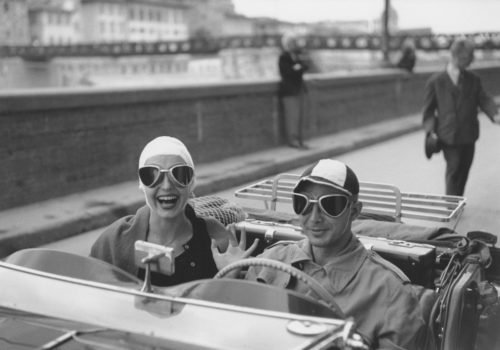 PDNB Gallery celebrates their new space designed once again by the architect, Thomas Krähenbühl with an exhibition reviewing Ruth Orkin’s career. Ruth would have been 100 this year. She created indelible work that has contributed to the history of photography and photojournalism. Her New York images, along with her iconic work from Italy, captured street life with a sensitive, candid vision of a true artist.

Ruth’s centennial year will be marked with the release of a monograph published by Hatje Cantz. Her photographs will be widely exhibited in galleries and museums in the US, Canada and Europe. Earlier this year, many of Orkin’s most memorable images were published in The Guardian. And, PDNB will screen the film, Ruth Orkin: Frames of Life, during the span of the exhibition on a date to be announced.

Many will remember Ruth Orkin’s classic, American Girl in Italy. This image became an icon, reproduced all over the world. It was shot in Florence, Italy, when Ruth had just been to Israel for a press junket to photograph newly settled Jewish immigrants in 1951. Afterwards, she decided to take a trip to Italy to do a travel story about a young woman, like herself, traveling in Italy alone. She met an American art student in her Florence hotel that became her ‘model’ for this photo series. This street scene she encountered, taken in two shots, became part of the successful series that Cosmopolitan Magazine picked up, the rest is history. In 2019, with the Me Too movement taking hold, this image gained criticism for its display of male ogling. Certainly, times have changed, but the image is an indelible part of Western culture.

Orkin’s exhibition will include vintage, modern and posthumous prints.