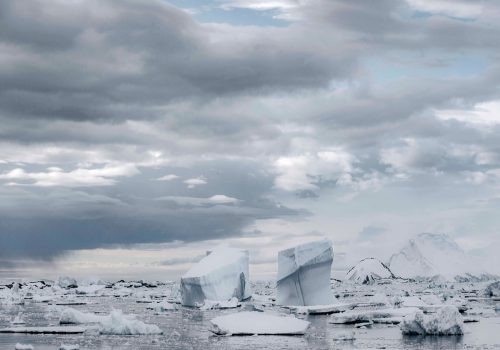 For fifteen years, Philippe Chancel has explored sensitive areas of our planet to study the world and document the most alarming symptoms of its decline. Working in such a way does not fit in with any identified genre of photography, making Datazone an invention that encompasses the most tangible signs of a predicted disaster: a traumatic ecology, chaotic deindustrialization, toxic setbacks resulting from modernization. From China to the United States, from Africa to Europe, the whole world is screaming, with no shelter in sight.

Rather than a manifesto, the 14 photographed sites evoke an epic worthy of Cervantes’ Don Quixote. The fight against the absurd depicts a legendary fresco: ours. What can photography do when information is no longer relevant? This “too late” statement forms the base of Datazone, and the future of these ruins. Globalization is a sunless civilization, where people survive waiting for the apocalypse, while political regimes deprive them of any solutions.

Philippe Chancel is a classic photographer. Everything he builds confirms that the modern world has not kept its promise. A great narrative is made of assembled images that show a profound sensitivity to the world. This move towards the precipice holds the euphoric attempt of a rebound. The beauty of the images may seem ludicrous, but holding on to the esthetics is the only way to recover a taste for life. Our era’s sick beauty gives birth to Datazone.

This exhibition causes vertigo while hopefully allowing us to regain our footing. Let’s imagine, if only for a moment, that we are from an earlier age, and Datazone shows our future: we could thank the photographer for having warned us, and for changing the course of history.

But it is impossible.