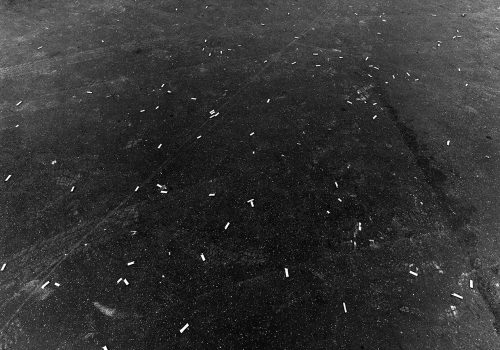 […] I walked throughout the city and took the second photograph on the morning of the 15th, in front of Le Carillon, where mourners from the night before had left flowers and tributes. On the street, mostly unnoticed, was a landscape of cigarette butts, tire marks, and footprints, like a forensic scene that shows evidence of a crime. […]