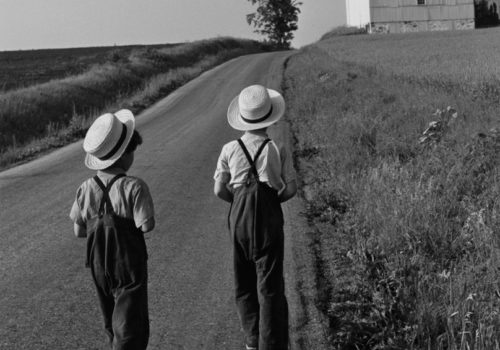 When I learned that Lee Witkin (Lee Witkin Gallery, NY) was visiting John Upton (Orange Coast College), we invited them and Robert Heinecken (UCLA) to dinner at our home to tell them of our plan to open a gallery and to hear what they thought. Although they were not very encouraging and indicated that I’d probably last about two years at best, we moved forward with the plan.

On a subsequent trip to NY we met and visited with Leo Castelli of Castelli Gallery, Light Gallery and Lee Witkin who introduced me to George Tice. A visit to George’s studio set me up with my first show in the gallery – and today, 40 years later, George Tice and I are still working together!

Thinking back, the art market in Orange County was limited to Laguna Beach in the early ‘70’s. The Susan Spiritus Gallery was the first commercial venue devoted exclusively to contemporary fine art photography, which I never anticipated would become one of southern California’s leading photography galleries. It remains focused today on its original commitment to feature and support the work of mid career and emerging photographic artists.

During the first twenty years (1976-1996) the gallery mounted monthly one-person exhibitions and summer thematic group shows which featured artists who were being given their first public exposure. The annual summer themed show was titled “8X10” which featured 8 works by 10 photographers. In 1981 the gallery sponsored a photographic symposium, “MY TEACHER/MYSELF” honoring Henry Holmes Smith and several of his disciples including Betty Hahn, Jerry Uelsmann and Robert Fichter.

I also published three artist portfolios including “WESTCOASTNOW”, 1979, a portfolio of 12 artists’ works whom the gallery represented, which included work by John Divola, JoAnn Callis, Robert Heinecken, Joan Myers, James Hajicek and several others. The gallery also published “The Circus”, 1979 and “Dioramas”, 1986, which were portfolios of work by Bay area artist, Jacqueline Thurston.

Changes in the market place dictated that changes in the gallery were going to be necessary. I elected to shift focus from the traditional gallery model and begin to work more closely with private collectors and the corporate art market. By 1996 my clientele consisted of large multinational corporations, hospitals, legal and consulting firms, and real estate development companies who were interested in broadening their collections and providing a healthier and more efficient work environment.

A website was designed for the gallery in 2000 and in subsequent years I became proficient in and used social media to promote the gallery, which I continue to utilize today with thousands of followers on Instagram, Twitter and Facebook.

From its inception, the gallery has been open to students and their teachers for viewing portfolios and writing reports, and while that still continues today, I also give lectures to classes and groups who visit and want to learn more about my artists and the gallery.

For the past twenty years my gallery has participated in local art fairs including PhotoLA, the Los Angeles Art show, Photo San Francisco, Los Angeles Festival of Books, and most recently, Classic Photographs Los Angeles. I serve on the Board of Advisors for International Photography Awards (IPA) and the Center for Fine Art Photography (C4FAP).

I am repeatedly asked why I thought the gallery has been so successful and lasted so long…. and while I do not really know the answer to that question, I have to believe that I’ve maintained my dedication to the artists whose work I strongly believe in and I’ve kept up with the changes that the market place has demanded.