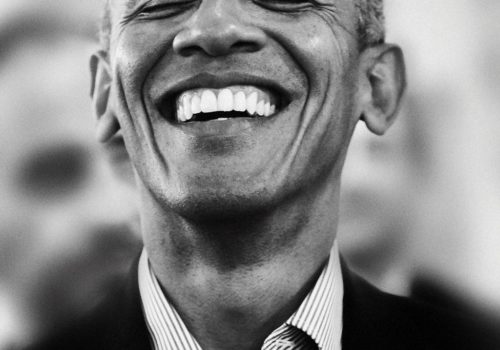 Rome, MAXXI Museum: 200 people, 200 portraits by Giovanni Gastel. Faces, who “have passed on something to me, taught me, touched my soul”, as the photographer states. It’s an unseen Gastel. The exhibition presents a never dealt issue in his photographic work: the portrait. A fascinating gallery, featuring many people from the worlds of culture, design, art, fashion, music and politics Giovanni Gastel met during his career. Among them, Barack Obama, Roberto Bolle, Ferruccio Ferragamo, Bebe Vio or Franca Sozzani.

As museums reopen in most Italian regions, the exhibition Giovanni Gastel. The people I like, curated by Uberto Frigerio, can now be appreciated even in person. Which is essential in oder to be catapulted into a 125-metre-long labyrinth where the faces of famous artists seem to dance in a succession of dynamics and distinct interpretations. Moving walls three-metres high arranged diagonally, seem to dialogue with each other: random paths suggest the viewer to orient themselves according to their personal feelings. Models, actresses, artists, industry professionals, VIPs, musicians, politicians, designers and chefs are part of the “people” on display, without a specific order affiliation to any category.

The portraits – all large format 130x90cm, b&w – are not a mere representations of human physiognomy, as the artist’s aim is to capture the complexity of the subjects and of their souls, looking into their psychological sphere. In the final part of the exhibition there are 80 images from the black high necks series. A particular interest is dedicated also to poems and texts Gastel love, linked to his emotional sphere.

According to Giovanna Melandri, President of the MAXXI Foundation, “If photography contains the essence of a place, a person or a gesture, and if fashion is semblance, form and imagination, Giovanni Gastel has spoiled us with unmistakable shots to approach with amazement. The protagonists are always two, the narrated character and the narrating master, yet it is ourselves, while we scrutinize them both, that are reflected in them and feel immersed in their imagination”.

“At the beginning of his career, Giovanni was not particularly fond of portraits. In the last few years, however, they have become a significant part of his photographic output. An output that grew to encompass hundreds of people, men and women of different social backgrounds and professional roles, well-known or otherwise”, curator Uberto Frigerio says. “Giovanni is not interested in photography as a faithful reproduction of reality. This is true in general, and in particular when it comes to portraits. And this is why, in his photographs, Giovanni somehow transforms his subject into an icon of himself, into the clear and personal vision of his way of seeing and of his world. A world that he re-sees and re-elaborates according to his canons of beauty and harmony. That is what makes each photograph special”, Frigerio adds.

Via Guido Reni 4 A