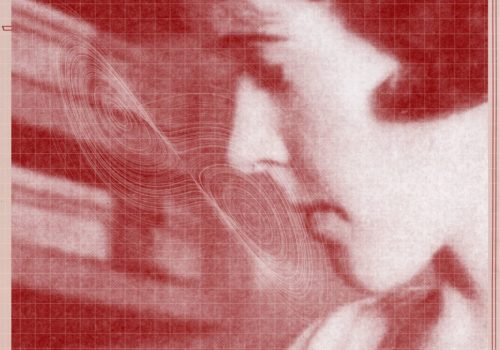 The MAST Foundation managed to presents its biennial MAST Photography Grant on Industry and Work​, dedicated to emerging talents in photography, even in this very peculiar year 2020, displaying the works by the winner of the sixth edition of the Grant, Alinka Echeverría and that of the other finalists: ​Chloe Dewe Mathews​, ​Maxime Guyon​, ​Aapo Huhta​, and ​Pablo López Luz​. By the way, MAST is located in Bologna, the (charming, with its Medieval towers) capital city of the Region Emilia-Romagna, thus marking another site on the ideal map of the Emilia-Romagna Photo Valley. Because of the ongoing restrictions caused by the pandemic, the MAST Foundation has decided to continue its mission of reaching audiences digitally, Through a series of digital interviews (including the finalists’ ones), videos and online guided tour of the exhibition with the curator Urs Stahel. Alongside, other online contents are available: for instance the contribution by Joan Fontcuberta (guest at MAST on the occasion of Foto/Industria 2017) with Project X.B./Debunking the Myth of Vivian Maier, that shows us how the credulity machine works.

Getting through the images on show (the Foundation’s digital initiatives make the exhibition accessible to all)  they are connected by the social, economic and politic features of the issues they are dealing with. The finalist photographers (all of them under 40), whose works are on stage at MAST, were selected from a pool of 47 candidates from all over the world and received a grant from the MAST Foundation to develop an original project for the exhibition around contemporary themes related to the world of industry and work.

​​The winner Alinka Echeverría ​(Mexico City, Mexico, 1981), deals with the role of women in the history of both cinema and computer programming industries while looking forward to the Fourth Industrial Revolution. The project has taken form in the three-part installation work Apparent Femininity. The first “section” is Grace, named after Grace Hopper, and it is an animation derived from a Berenice Abbot’s photograph (from the MAST collection) of an anonymous female programmer showed as a LED curtain (it leads us back to the neon Kores ribbons ads in piazza del Duomo in Milan, showing a typist at work) with a piece of music by Daphne Oram, who invented the graphical sound. Alinka pays homage to Ada Lovelace, the mathematician many think is the first programmer in history, through a mosaic of digital collages (Ada), reactivating archival imagery. Hélène is an installation of glass plate negatives showing solarized images, isolating the hands of women in the creative act of editing.

In ​For a Few Euros More, Chloe Dewe Mathews (London, UK, 1982) looks into the dynamic of modern agriculture in the Mar de Plastico (Sea of Plastic), documenting the matters related to production and consumption of food, and the environmental crisis. Maxime Guyon (Paris, France, 1990) reconstructs the technological aspects and the high performance of airplanes in his project Aircraft, while Aapo Huta (Haapajärvi, Finland, 1985) explores the world of Artificial Intelligence, in Sorrow? Very Unlikely, showing how machines read imagery, raising doubts on the way the software is implemented. In Baja Moda, Pablo Lopez Luz (Mexico, 1979) photographs shop windows in Latin America as a symbol of local resistance to the homogenization powered by the global fashion industry, focusing on the urban landscape as the epicentre of social and cultural transformation.

​“Thanks to the MAST Foundation Photography Grant on Industry and Work, young photographers have the opportunity to confront the issues linked to the world of industry and technique, within the system of work and capital. Often their innovative and fresh views force us to confront the incongruences, fractures, and phenomena that we had so far not considered or tried to disregard”, the curator Urs Stahel says. Since 2007, when it was founded, the MAST Foundation for Photography Grant on Industry and Work sustains research on the imagery of industry and work and aims at giving voice to emerging talents.