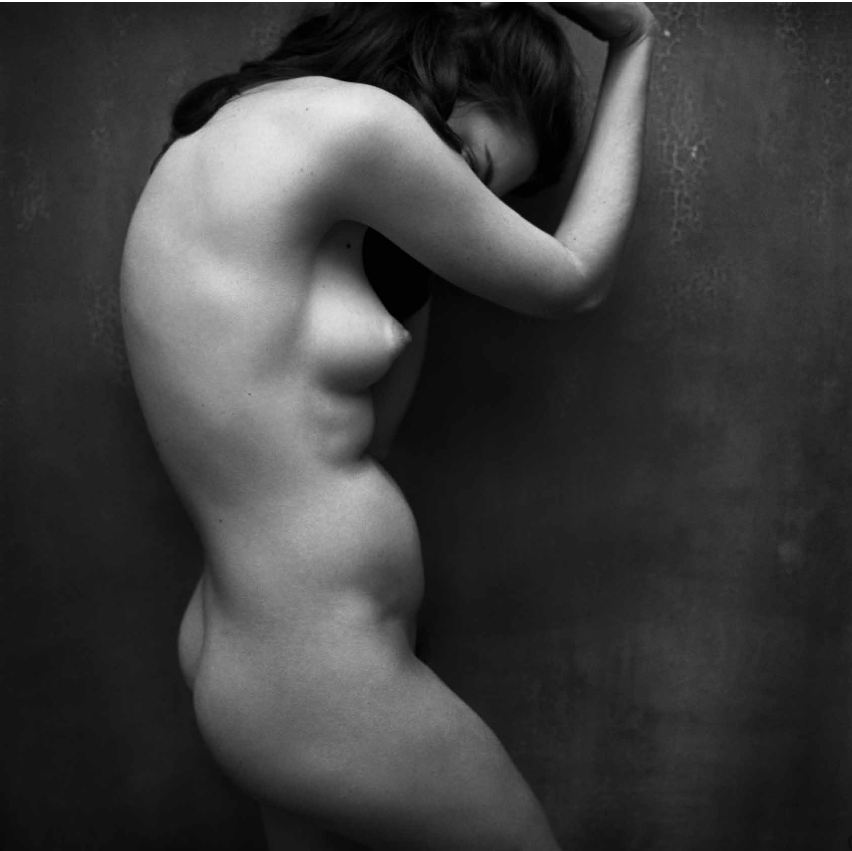 A. Galerie in Paris is showing the most recent work of reknowned portraitist Mark Seliger which appears in the book Listen (Rizzoli Editions).

Mark Seliger labels himself “editorial photographer” who also shoot commercials and video. For over twenty years, he has photographed the biggest international celebrities for Rolling Stone magazine and, since 2002, he is under contract with Condé Nast (GQ, Vanity Fair, L’Uomo Vogue).

But this Texas native does not put down his camera between assignements. Returning to his first photographic impulses, he chases ephemeral moments and pushes his visual vocabulary to a new level.

Listen regroups nudes, landscapes, still lifes, and portraits. But do not expect to recognize anyone in these images. The only head shots are of pierced and tattooed characters (“new primitives”), whose identities we seek beneath layers of jewelry. In most of his nudes, faces are concealed or cropped out, offering us the voluptuousness of the body (and Seliger does not choose runway models). Landscapes are void of humans yet loaded with the artist’s presence : the cropping, the lighting, the proficiency of captured details, are as many fingerprints left by the photographer. Still lifes : disconnected objects arranged like abstract sculptures seem to enclose hidden meanings.

The choice of platinum/palladium printing is almost what started this series. When Seliger began shooting he printed his own black and white photographs. Later, he admits having been influenced by the work of Irving Penn and by a platinum print of Horst P. Horst he bought several years ago and admires to this day. It is with one of Penn’s platinum printers, Daniel Belknap, that Seliger produced this show.

While viewing the gallery walls, one is reminded of Bill Brandt’s nudes, landscapes from the California school (Wynn Bullock, Pirkle Jones), and one can only smile at the hommage to Man Ray and his “Violon d’Ingres”, bondage-style.

If one places Seliger’s color portraits between those of Annie Leibowitz and David LaChapelle, his black and white images position him between Edward Steichen and Minor White. The latter, whom Seliger quotes as a preface to “Listen”, evokes the possibility of capturing the very essence of the object one chooses to photograph.  As a genuine craftsman of the lens, Seliger knows how to distil light, play with contrasts, or use a morning fog to give visual dimension to his images. By playing with the aperature, he makes us aware of intemporality : the flow of water, dark drippings from a beam at the edge of the waterline in a boat graveyard, the erosion of bricks on the Brooklyn Bridge.

His most personal images are enigmatic and reflect a certain frailty, a feeling of evanescence : a siamese cat creeping too close to a house of cards, a piece of bone in perilous equilibrium on a pair of dice…

Within each image, the sense of detail is fundamental. Thus the title : Listen. Whereas the celebrity portrait requires an immediate impact on the viewer, Seliger invites us here to take pause and listen to his photographs.  Which is all we want to do.