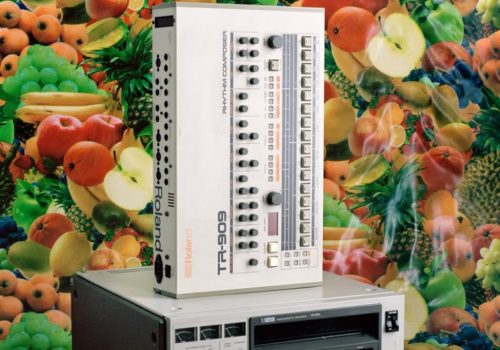 A world of ones and zeros, displayed digits and forgotten hands imbibe pockets and minds. Go to your street corner and engage those whose business it is to stock a selection of unusual foreign affairs, foods, and objects. The contrasts of the world are playful; they are consumed in familiar behaviors. Fruitful displays of digitalism birth organic blossoms in their flight of fancy. It doesn’t make any sense, but that doesn’t mean it can’t have a function. Marco Scozzaro’s Digital Deli at Baxter Street’s Camera Club of New York surrounds and communicates these notions with his imagery. Scozzaro’s show avows a love of imagery in general. The works of Digital Deli open and embrace possibilities of all sorts.

What is a photograph?

It’s not less than it was—that’s for sure. Visual references inform distinct environments and colliding specific details open explorations of different dimensions. Space can be a representational conundrum; in its bouquet rearranging elements form worlds. Scozzaro’s configuration of obsolete machines and common objects become outlandishly animate. Artifacts grip Digital Deli; iconography, symbolism, and links affirm consuming pursuits in the visual landscape of the works. A photograph is not nearly as swallowed by the camera anymore. Photography is not bound by traditions—and if it does continue to be—its most basic tradition is to be new, different, uncertain, experimental, and rule breaking. It is indebted to the contemporaneity of the tool itself.

Scozzaro’s Digital Deli emboldens an environment of jovial incandescence. Seemingly straightforward formats open a circus of intent and layering. By his own admission Scozzaro professes that the images are, “Something you can recognize but become something else because of form.” Ambient elements innovate materials and realities inside the worlds he feeds. Desires and creations, communicators articulated in robust constructions. Atmospheric jungles in space and leeway, colors playful as they are distinct and particular. Identities of photography utilize ways in which values are personal reflections. Epiphany, epoch, echo enticing elements that allow for contemplative insecurities. The photography here is vast in distinction.

How do we start conversations? Invention.

Scozzaro is a time traveler of his own works and archive. He arranges nonspecific histories, parts and tones of an era. Defined moments legitimize inquisitive everyday ambiguities. Don’t stop on the surface. Enticing climates incarcerate. Scozarro’s style is rich in formidable plastics and lights. Corrupted variations of technique and contradictions appear and impress. Qualities weave and overlap, flattened and found in formidable fortitude. Fragility and incomparability feed a drive for unifying opposites. Does a singularity emerge? A concept of spirit or divine is obtuse. Definitions are produced by assemblies of letters—consonants and vowels—they are simply symbols and shapes that assign, they are performers of proposed signifiers signifying meanings. Absurd.