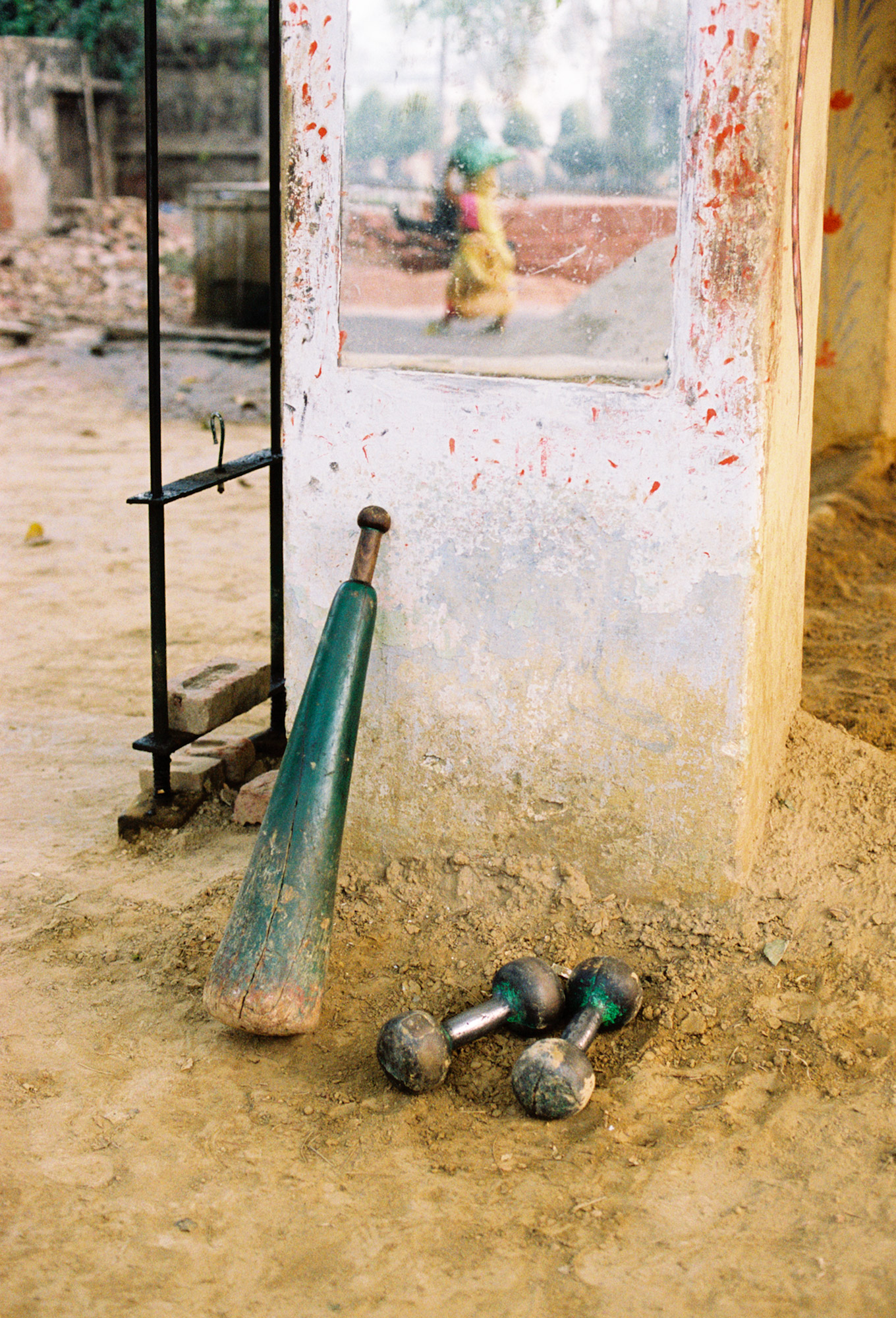 For his first American exhibition, the German photographer Marc Ohrem-Leclef has chosen to address a myth. But these aren’t the cowboys and Indians of the American West; these photographs were taken in Australia and India.

Visitors expecting to see men sauntering across the sumptuous landscapes of the American West are in for a disappointment. Marc-Ohrem Leclef’s cowboys roam Northern Queensland, in Australia, the land of jackaroos. Handsome young men work in the fields among the animals, leading a John Wayne life that reinforces their sense of masculinity. Isolated but well known by their compatriots, unreachable by phone or radio transmitter, these modern cowboys are mentally and physically forged by the very land they work. We see their workboots, bulging torsos, unbuttoned shirts. Their looks are reminiscent of Brokeback Mountain, but their leaps over fences evoke the phallocentric country of Johnny Cash. They have an extraordinary physique for the harsh way of life we imagine.

This is precisely where Ohrem-Leclef’s Indians meet his Australian cowboys, at least from an aesthetic point of view. The focus is on their similarities more than their differences. The Indians train in Kushti, a traditional form of wrestling practiced by the young, in a sandy arena, in a housing community dedicated to this art, the akharas. Requiring discipline and physical strength, the photographer immortalized Kushti daily, both during practice and periods of rest. As with the jackaroos, they live in a all-male community, adhering to the Hindu religion, in relative isolation, despite being situated in the middle of a densely populated city. It’s a pre-adult life with physical conditioning. “Although I can’t help depicting some of the iconic and romantic ideas of masculinity, beauty, domination and power associated with my subjects,” Ohrem Leclef explains, “it is the questioning and dismantling of these stereotypical notions that completes this photographic voyage.” The Legends of the West are already crumbling.