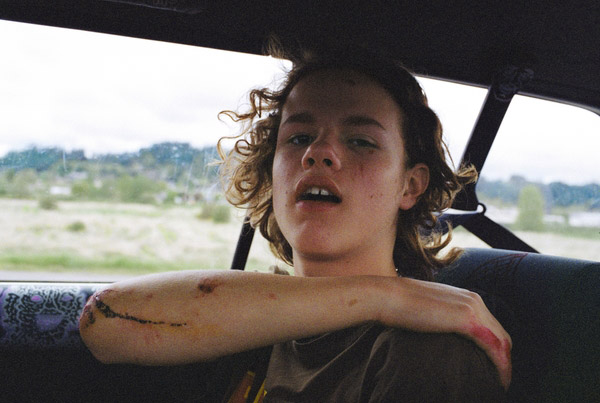 Conceptual artist, Phillip Toledano is curating Reality Show, a two-person exhibition featuring the work of photographers Olivia Bee and Doug Dubois. A sublime pairing, it will be fascinating to see Bee’s dreamy, ethereal and romantic photographs of her circle of friends in conjunction with DuBois’ photographs of Irish teens from the Russell Heights housing estate as they negotiate the uncertainties of their fleeting adolescence.

Olivia Bee and Doug Dubois are LOOK3 featured artists who will both present artist talks followed by book signings during the festival.

Barbara Griffin: As a member of LOOK3’s Curatorial Advisory Board, can you tell us how the advisory board prepares and plans for the festival?

PT: We met once, in New York to discuss the general direction of the festival, throw around ideas, suggestions, names, and eat small wildly satisfying snacks. All the work, (mostly done by others) begins after that, and an email tsunami ensues, generally doling out tasks and requests. It’s all pretty informal, but somehow it gets done. I think it helps that everyone is interested and smart, which of course, is a slightly obvious thing to say!

BG: What was your curatorial strategy for approaching artists Doug DuBois and Olivia Bee’s two-person exhibition?

PT: I wish I could say I had one-I’m sure it would make me sound smarter, but the strategic part was in picking the two artists to show with each other, and I didn’t have much to do with that decision, although in retrospect, it was a great idea.

BG:How did your personal work influence your consideration and selection of Olivia and Doug’s photography? Both deal with deeply personal issues, rights of passage and the exploration of self.

PT: I don’t think it did at all. What I did, was look at the work from each artist’s particular body of work and choose those which both spoke to me, and played off each other. Of course, having said that, each image I chose spoke to me in some deep way, so it would be fair to say that each image was a personal decision.

BG: You’ve said that photos should be like unfinished sentences and that there should always be space for questions…how does that play out in both Olivia’s and Doug’s work?

PT: You couldn’t pick two artists talking about the same thing so differently. Olivia’s work shows us the fantasy of youth, in particular, a specific demographic of young, white privileged youth. She shows us a world absent of pain, full of ethereal beauty and poetry. It’s the kind of youth we wished we had, when we look back on our own. Doug’s rendering couldn’t be more opposite. It’s a hard youth, where the line between child and adult barely exists. It’s a youth full of sharp elbows and cigarette smoke. That’s why it’s beautiful to see these two disparate worlds together. They are both real.

BG: As a conceptual artist who works across different mediums, what is it about photography that particularly inspires or informs your work?

PT: This may elicit surprise but I must confess to rarely having found photography that inspiring, which is slightly ironic, seeing as a lot of my work is photography based. What inspire me are ideas, especially when they manifest themselves in things I can’t do-sculpture, installation, painting, cinema, etc. I will say that the very first photographer I ever saw was bill Brandt, and THAT was inspiring-he made me see in ways I didn’t think possible

BG: You’ve successfully navigated both the fine art and commercial side of photography. What advice do you have for photographers who are interested in achieving success in both arenas?

PT: The only path to success is to do EXACTLY what you want to do-have something interesting to say. Not that many people do, so at least if they’re standing next to someone who does, it’ll make them look good. I say this slightly tongue in, and out, of cheek. 🙂

About the author : Barbara Griffin (@barbaragriffin) is Board President for Atlanta Celebrates Photography (ACP), a non-profit arts organization dedicated to the cultivation of the photographic arts and the enrichment of the Atlanta art community. ACP aims to make Atlanta a leading center for the world’s fastest growing art form, producing the largest annual community-oriented photo festival in the United States. Formerly senior vice president of Image Management for Turner Broadcasting System, Inc., Barbara was responsible for all photography created for Turner’s entertainment, animation and news networks.  Additionally, she oversaw the Turner Photo Library, a collection of more than eight million images representing the visual history of the company. A frequent lecturer on professional photography, she currently serves on the Advisory Council of re:imagineATL, is on the TEDXAtlanta steering committee, a member of the High Museum’s Friends of Photography group, the International Center of Photography and the Academy of Motion Picture Arts & Sciences.