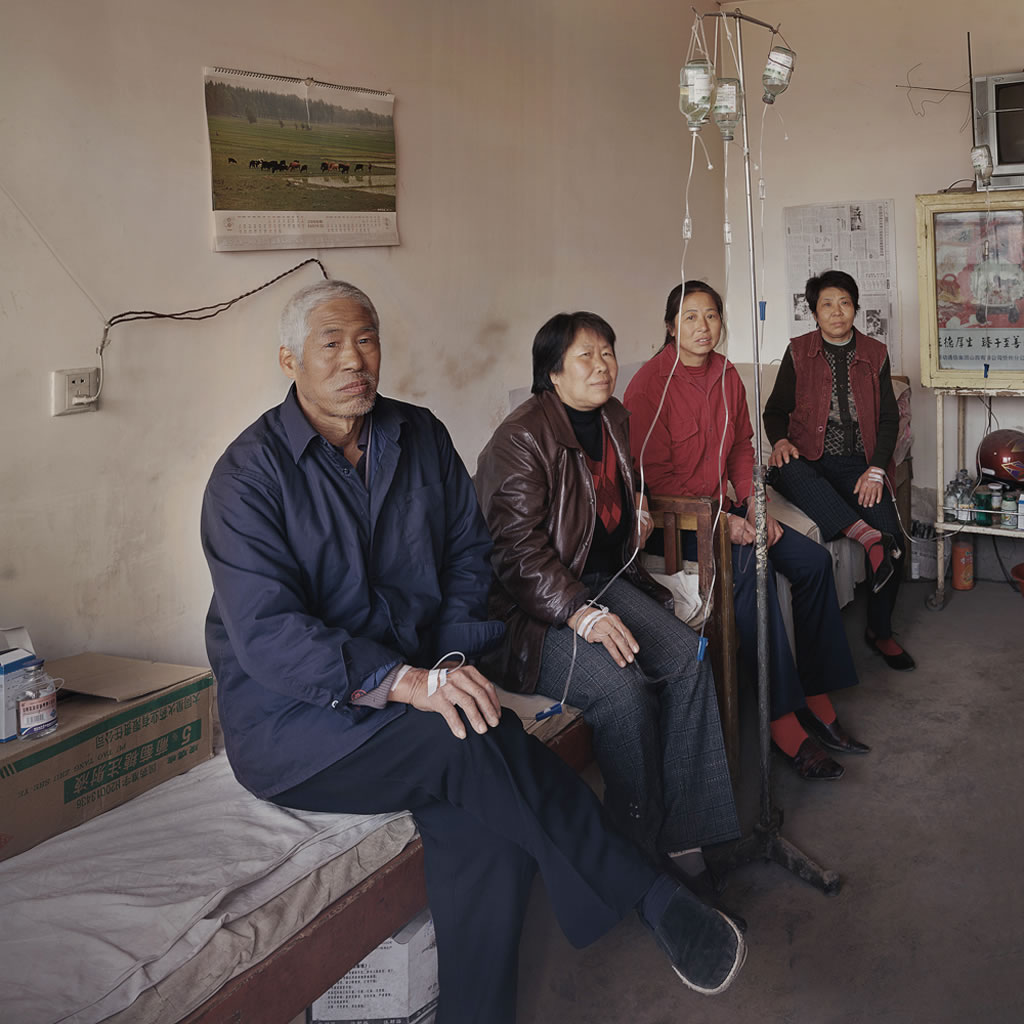 The rural hospitals and clinics in Qu Yan’s “Life Space” have shown the shocking life condition and tenacity. Underneath the cruel living, there is the power and perseverance of human nature.

Derived from the failure of Chinese health care reform, Qu started to take photos. Rural medical condition was particularly worrying and shocking. Due to the excessive marketization of health care, there were a tremendous number of peasants at the bottom that involved in helplessness and poverty. Therefore, peasants’ medical problems would become the most serious social problem in contemporary Chinese society. On the one hand, urban authorities got hold of many medical resources. On the other hand, villages were exceedingly short of medical services and supplies. Moreover, there is a critical situation that those who master social resources paid no attention to disadvantaged groups, and the weak group members were deprived the right to enjoy the medical resources fairly.

Qu made us realize that all lives should be revered and cared, and there was no position or class distinction. When we confront the cruel reality, we are weak as well as fragile every now and then. The characters performed in these opuses that aroused the society to respect and sympathize the people, and their individual lives. His opuses revealed an attitude and position of realistic intervention. It was difficult to change something with Qu’s own power, and he did not want to criticize the society anymore. He wanted to be a subjective thinker as well as a objective communicator, so that accurately reflect the sharp conflict that existed in reality, and paid efforts to present its original look.

What the Qu wanted to express is reality and conflict, balance and order. Besides, he tried to provide the most precious pictures of existing things for the world, and then judge the significance of reality with these pictures. Qu recorded the life moment authentically and objectively. Even though a series of humble rooms he showed, they burned out a powerful strength. Not only was it the power of image, but it excavated a self-generating world with his spirit, while making each picture become a fable of life.