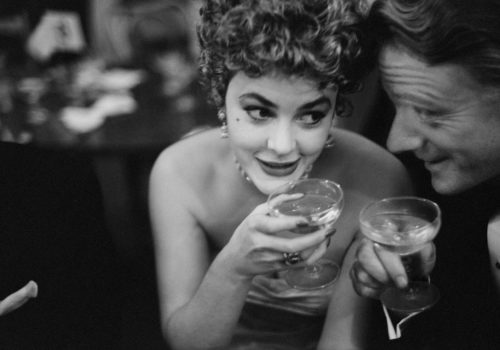 Writing in the catalogue for Mirrors and Windows, a 1978 exhibition at the Museum of Modern Art in New York that surveyed American photography since 1960, the curator John Szarkowski declared Garry Winogrand to be “the central photographer of his generation.”[1] Szarkowski, who became the director of photography at MoMA in 1962, was also “widely characterized as perhaps the most influential force in shaping contemporary taste in photography,”[2] as the arts editor Bruce Wolmer put it in an interview with the curator that same year. Yet, Szarkowski would downplay such curatorial power.

I don’t think anyone can significantly affect the evolution or the development of an art except artists [he responded]. I think that the opportunity and the function of a curator is to make a judgment as to that work which seems to have in it the greatest vitality and therefore the greatest potential for affecting how other subsequent artists will view the potentials of their shared form.[3]

This conception of the curator is perhaps best demonstrated by Szarkowski’s consistent championing of Winogrand’s work, which helped redefine photographic practices since the early 1960s. Over the course of twenty-five years, the curator not only included Winogrand’s photographs in landmark group shows such as New Documents (1967) but also organized several solo exhibitions and books, including the photographer’s first major retrospective in 1988, four years after his untimely death. Thus, any assessment of either man’s work must take into consideration their close professional relationship and collaborations.

A perfect example is his picture Farmers and Merchants Union Bank, Columbus, Wisc. from 1954. Aside from showing us an authentic moment in small town America, the picture epitomizes Szarkowski’s photographic approach to this subject: first, the arches of the Sullivan bank building are central to the composition, but two larger arches are formed by the branches of the trees at the top of the picture frame. The arches are again echoed in the windows of the car. The stationary bicyclist seems propelled forward by the car’s shape, as well as by the locomotion effect of the bank’s arches in consecutive order. Meanwhile, the wheels of the bicycle balance out the two men sitting on the bench. This document of a building becomes a description of the social context of the built environment as well as a formal meditation on photography and the construction of a picture within a frame.