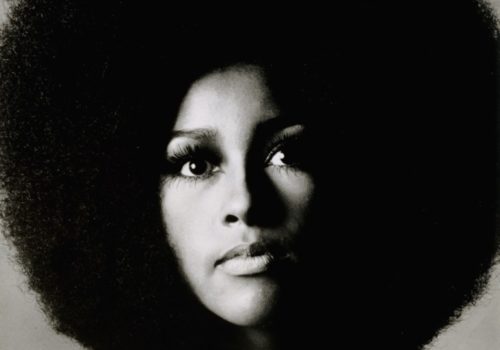 Proud Galleries presents Faces of the Sixties from photographer Justin de Villeneuve. Best known for launching Twiggy as the world’s first supermodel, de Villeneuve’s portfolio boasts celebrated fashion shoots, iconic portrait sittings with various 60s superstars and a wealth of glossy magazine covers for top fashion publications. Featuring Twiggy, Pattie Boyd, Marsha Hunt and David Bowie, this exhibition showcases an exclusive collection of de Villeneuve’s rare and unseen photographs.
Born Nigel Jonathan Davies and taking the name of Christian St Forget during his hairdressing apprenticeship with Vidal Sassoon, Justin de Villeneuve created his lasting alias after a chance meeting with a then fifteen year old Twiggy. The pair fell in love and Davies switched his name, opened his own photography studio, and became Twiggy’s manager. Within six months, Twiggy was on every fashion magazine cover around and Justin de Villeneuve went on to work with some of the most famous faces of the sixties.
Proud Chelsea has been granted exclusive access to de Villeneuve’s archive and uncovered intimate black and white fashion portraits with Twiggy, photo shoots with Pattie Boyd for Italian Vogue, sittings with David Bowie for his infamous Pin-Ups album cover and stills of Marsha Hunt, poster girl for the musical Hair.
Faces of the Sixties also features several of de Villeneuve collaborations with major movers and shakers of the sixties design industry, such as Biba’s Barbara Hulanicki, designers Bill Gibb and Ossie Clarke and legendary London cobbler George Cleverly. Artistic collaborations with Klaus Voormann (responsible The Beatles’ Revolver album cover) won both artists awards and inspired many of de Villeneuve’s experimental colour retouches and illustration pieces that were to follow.
Almost fifty years since his first shoot with Twiggy, in this never before seen exhibition, Proud Chelsea celebrates Justin de Villeneuve and the swinging sixties: the fashion, the fame, the faces.   ”It was much easier to do things creatively in the ’60s,” reminisces de Villeneuve in Interview magazine. “There were great names in photography—Helmut Newton, Willy Christie, Guy Bourdin—to admire, whereas nowadays in the new digital photography age, it’s mostly the amateurs creating wonderful pictures, not the professionals.”