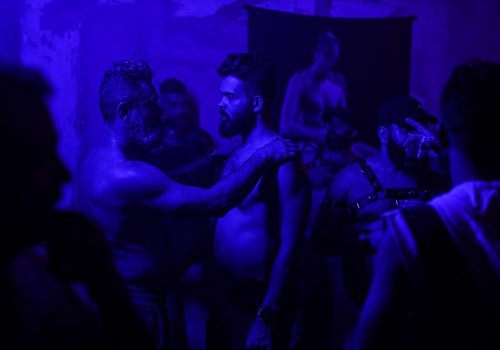 The underground gay sex world of Sao Paulo is like nothing else on earth. Its variety, its cheer size and consistency, makes this burgeoning movement on the forefront of things to come in a country where sex and physical attributes are seen as a must. Away from the more traditional South American nations, Brazil has a reputation amongst foreigners who come to visit this country, as a country of excess and disparities.

Sao Paulo, is not Brazil, the locals like to compare their mega city to New York which is also nothing like the rest of the United States. Sao Paulo has money, big companies, art, a cultured population, in contrast with Rio de Janeiro which is seen as a more provincial and poorer urban center. If you want to make money you have to go to Sao Paulo. If you want to have a career you have to be in Sao Paulo. But if you really want to live a life of partying, Sao Paulo is considered the Mecca of the party world, where large parties, concerts, are organized on a daily basis, making New York quite blend.

With partying comes, as it is often the case, drugs, sexual inhibition and human interaction born out of an already very whiling local population to let loose at a moments notice. The impressive size and regularity of the party in Sao Paulo is most likely unequal on the planet. It is also there that sexual minorities thrive, which makes sense, as no one cares to judge anyone’s sexual preferences and habits.

The gay community has seen in Sao Paulo a temple where it can freely express its desires and preferences in partying without any kinds of restrictions of judgment from others. It is within that context that for the better part of the past 10 years, events, theme parties, and other types of artistic and social gathering have been gaining in organizational scope and fame. Various venues are used, from abandoned factories, or artistic locations like old theaters or simply huge multi leveled night clubs. Often found in the center of town which had been since the 1970’s an abandoned and violent part of the city, is now making a serious come back.

Once a month, usually around the 12th, secret locations are revealing at the last minute through social offering various kinds of parties. From Fetish, orgies, sex art, and more, the gay community has much to chose from. One such event, called Dando houses up to 3 thousand partiers through out the evening. With three floors, each darker then the next, the notion of sex is reinvented through complete inhibition. You can chose to just chat and meet friends, while others chose a more physical approach through sex, either with one partner or with many. Being naked and offering itself to others is common scene, and then moving on to the other. There is no aggression or violence, but purely a sense of freedom.

Some other parties, like Luxuria offer a more artistic venue, which also leads to sex, but through a different context and both sex and art are reunited into one experience. Though it might seem like a similar means to and end, the gay community organizers do not see it that way, but truly as part of their artistic lives and education. In short the huge Paulista gay community is taking over this once deprived center of town to turn it into their own.

Socially, all members of the gay community are welcomed to these events, though some of the parties attract the poorer types, while the more artistic events and gay cabarets attract wealthier members. This difference is kept in mind by the organizers who ajust the prices depending on who they think will be attending that evening. Age as well matters, as some events are for a more matured audience, like the party Brutus, as fetish party for older men in their 40’s 50’s and older.

Though women are welcome in these parties, very few attend, only the ones interested in taking a peek. The rest of the population of Sao Paulo does not mingle in such events as straight men have enough to play with in the many straight parties around town. To each’s own.