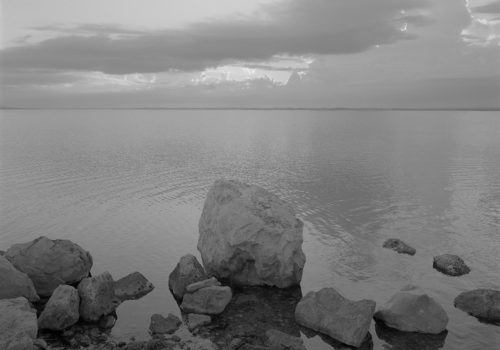 Hugues de Wurstemberger is the second of the two exhibitions of the ImagesSingulieres 2021 festival in Sète that we have chosen to present to you.

Each year, ImageSingulières invites a photographer in residence in Sète and around the Bassin de Thau. An immersion in the territory of four to six weeks, where the selected artist has carte blanche to carry out work on the territory and its inhabitants. For the year 2021, the Swiss photographer Hugues de Wurstemberger, aka H2W, has been chosen.

He first became known through his work with the Pontifical Swiss Guard, which he joined as an auxiliary and from which he delivered a subjective vision captured from the inside which caused a scandal when it appeared in the press. Generally on the fringes of current affairs, Hugues de Wurstemberger examines the daily life and intimacy of forgotten populations, endangered, or struck by the loss of their territories. This is how he worked on the peasant world, from the Friborg Prealps to Zambia via the Somme, or even on the Saharawi people.

Hugues de Wurstemberger surveyed – in the true sense of the word – an immense area including bassins with singing names (Thau, Arnel, Vic, Ingrill), a lagoon and its waters but was not insensitive to the minerality of the “White stones” or the “Creux de Miège”. […] The hiker has a permanent alert gaze, which has enabled him, in summer as in winter and under intense light, to find the right distance, to breathe amply, and to make discoveries. […]

H2W therefore hiked, reflected on the meaning of his journeys, looked, often closely, at plants which he then inquired about. He met people, men, women, young people, who live far from the city, some who hunt, others who grow fruits and vegetables, who produce wine, all this organically, in permaculture, all that which corresponds to the concerns and values ​​of the photographer. […] His approach is at the same time realistic and without any effect, subtle, vibrant, [he] makes it possible to account for the delicacy of the lights caressing the expanses of water as well as the organization, the material, the shapes of the plants and rocks. [he] also allows you to feel and share the variations between two moments, between two seasons. […]

In this work, […] H2W has forced himself to work in a vertical format, which he sees as an avatar of the square. Even if, as he puts it with his devastating humor “it is not easy to take a pond vertically”.

Hugues de Wurstemberger, born in Bern in 1955, lives in Brussels where he taught photography at the Brussels art school “le 75” until 2020. He has been a member of Agence VU ‘since its creation in 1986 , which he integrated with his Swiss Guard Photographic Journal. He has since been represented by Galerie VU ’. His work was recognized in 1990 by the Niepce Prize, in 1991 by the World Press Photo, and in 2002 by the Silver Prize.

After working with Liberation, Le Monde and others, he now only works with friends. Hugues de Wurstemberger has a few books to his credit: “Paysans” which describes the work of the men and women who still make a living from the production of Gruyère, “Le Mur” which takes stock, twenty years later, on his journey in Western Sahara , “People”, a book of fragile portraits on disabled people, or even the most recent “Pauline et Pierre” which tells a more intimate journey.