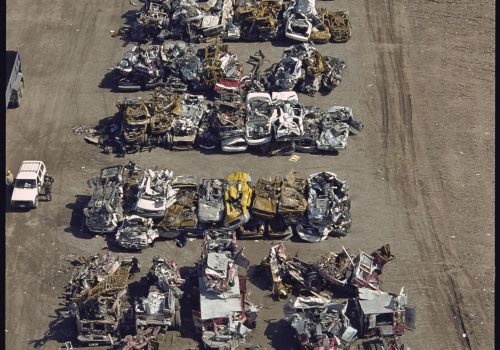 Ten years after, on this occasion ICP in New York present an exhibition that commemorates the day mixing photography and video. The museum chose exclusively to show the impact of the event on the town and on the population .No sensational pictures, this homage to the New Yorkers will not bring unease. ICP with 5 differents installations, four on photography and a video gives the answer of a people in front of what Carol Squiers “curator of the exhibition” calls an act of extreme violence.

About 30 pictures of Eugene Richard an ex civil rights activist a personal work, not assigned by any publication or institution. He photographed the people in the streets, memorials and bills of victims posted all over town. The man documented the new feelings New York had in the weeks following september 11th.He gives us to rediscover in those BW pictures the slow and unusual rhythm that we had comments Carol Squiers. In reality no one knew what to do. Richards immortalized with sensitivity various acts and comportment induced to fight the trauma.

One photographer wandered camera in hand in the heart of the crowd , the other Gregg Brown was contracted by the FEMA (Federal Emergency Management Agency) he was assigned to document the disaster area from a helicopter. every days during six weeks, he flew over ground zero and shot color pictures to help fireman get a full view of their work on the ground. Carol explains that the major problem for them was to master the fires and the moving debris on the site. The pictures were of public service. Brown gives us an interesting view of man becoming steel ants, and lower Manhattan looks like a battle field with vehicles piling up like dead bodies.

The theme of the third section is about objects. During the weeks that followed the attacks the port authorities of New York organized the removal of artifacts from ground zero. The debris , pieces of steel , fire trucks car wrecks antennas from towers were stocked in hanger 17 at JFK airport. This secret museum only received the visits of officials and family victims.
Before it was dismantled Francisco Torres had the opportunity to immortalize the place and the unfortunate relics it contained. One hundred and forty digital images are projected at the museum a giant slide show an answer to post 9/11 consider Carol Squiers salvation for historical research.

The special atmosphere that saw the rebirth of New York remains for many New Yorkers associated with a place and a project Here is New York. On the brink of the disaster a gallery on spring street in Soho decided to collect and all the pictures that came both from professionals and amateurs, to print them on simple paper and show them (La Lettre de la photographie has a complete article on this). It was really a meeting place were people could talk and be comforted remember Carol Squiers, I Have spent many hours there it was a way of understanding what had just happened.

Today ICP decided to present the pictures in a selection of about a hundred pictures hung the same way it was done in 2001 with clothe pins on cable. Ten years later many will be those who have not seen the pictures , many lived thru it , it was a gut feeling experience. Those who were not there have an obsession and want to see the images of the burning towers, of people jumping to their death. We want to show them something different.