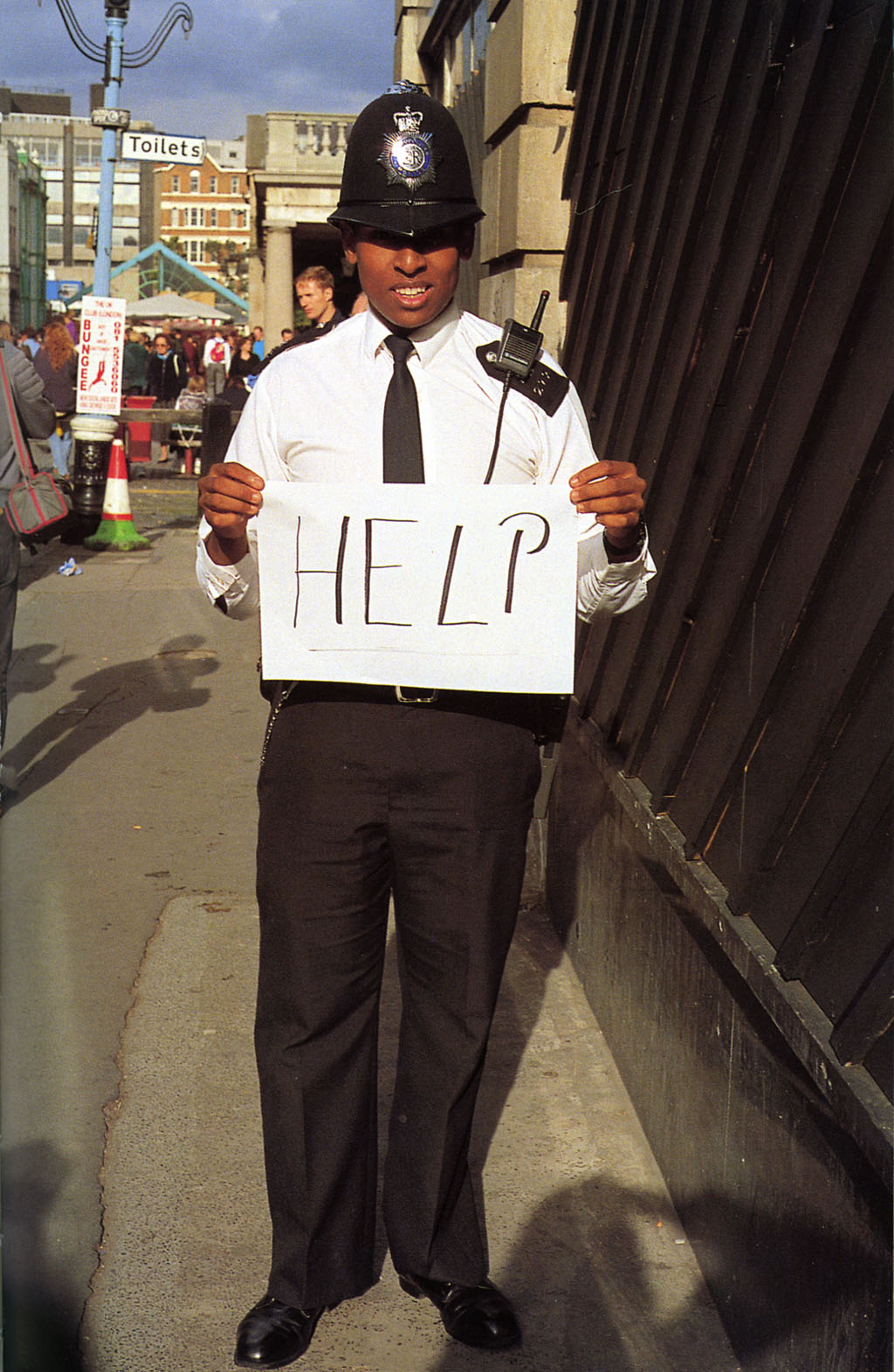 Born in Birmingham in 1963, Gillian Wearing moved to London in 1983 to study art at the Chelsea School of Art and Goldsmiths College. A small artist-run gallery called City Racing in London hosted her first solo exhibition in 1993, and in 1997 Wearing received the well-known Turner Prize. She has exhibited internationally including solo exhibitions at the Musée Rodin in Paris, the Museum of Contemporary Art in Helsinki, The Museum of Contemporary Art in Chicago and the Serpentine Gallery in London. Today, the Whitechapel Gallery will open its new exhibition entitled Gillian Wearing, which is the first major international survey of this exceptional British artist, one whose films and photographs explore the private and public lives of everyday people.

Many of the works on display have been inspired by her fascination for fly-on-the-wall documentaries, reality TV and techniques used in theatre, to explore how human beings present themselves to the world. Many of the works included in this exhibition reveal their subject’s paradoxical nature to the viewer – Wearing’s photographs and videos explore how the liberation of anonymity allows them to be more truly themselves. She seems to have her own strategies and techniques to get strangers to stand and talk in front of her camera, revealing a little bit of themselves and their inner world to her, and it is important to remember that they have offered themselves willingly to our gaze.

The exhibition will cover Wearing’s early work, such as the iconic 1992 series of photographs Signs that say what you want them to say and not Signs that say what someone else wants you to say, with which she first gained recognition as an artist. The photographs of this series confront the viewer with strangers, who were offered pen and paper to communicate their message. Dancing in Peckham, (a silent, 25-minute video of Wearing herself dancing in the middle of a shopping centre in south-London to music in her head) which tests the public’s responses by carrying out a private action.

The work on display in the upper galleries confronts the viewer with the subject’s inner world. Confess All On Video. Don’t Worry, You Will Be In Disguise. Intrigued? Call Gillian…, a piece produced in 1994 after placing an advert with the same text in Time Out magazine. This piece features a series of participants offering their revelations, wearing masks, while in front of Wearing’s camera. This strong, 30-minute video continues to explore the interaction of aesthetics, portraiture, and self-revelation. Also on display are the artist’s more recent images, which explore her background and influences. In these photographs the artist uses prosthetic masks to reproduce family photographs, thereby adopting the different identities of her relatives. This series also includes photographs where Wearing is masked up to resemble her “spiritual family” – artists such as Diane Arbus, Andy Warhol and Robert Mapplethorpe.

The comprehensive exhibition also puts on display some of Wearing’s as-yet unseen films and sculptures and successfully displays her ability to be both political as well as poetic; Wearing manages to find the extraordinary even in traumatised human beings, as her interest in the hidden layers of common human expression is evident. Gillian Wearing plays on the viewer’s voyeuristic nature and our curiosity to explore the hidden, inner world of others.

Gillian Wearing lives and works in London, with her husband artist Michael Landy.