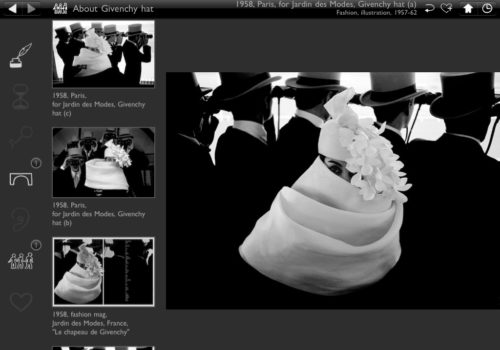 At the end of the 1980s, you didn’t hesitate to explore digital technology. What led you to this exploration?

Frank Horvat : I was lucky. I had stopped shooting fashion photography by then. A guy from Stern in Hamburg told me that with digital you could alter skin and wrinkles, take things out. I had just shot my series on trees, and there were some power lines I wanted to remove. So I learned how to use a mouse.

With Le Bestiaire in 1996, you had fun digitizing your dreams, with a tendency towards mythological animals. Why this theme that differs so much from the rest of your work?

F.H : I was looking for something new and came up with the idea of creating a bestiary. Yes, the theme was rather special. I had tried shooting Paris with animals but everyone who knew me was outraged. After that I did a children’s book, the Puss in Boots. It was fun. We rented boots and my wife wore them and stand on a table. Then I photographed and cropped them. That part was hard.

Today, digital manipulation is available to everyone. What do you think of its possible uses and abuses?

F.H : There’s this idea that photography is a kind of testimony and therefore we’re forbidden to tell lies with it. I think that’s nonsense. Photography isn’t testimony. It only can be if the photographer is sincere. Just because someone writes the truth doesn’t mean this piece of writing is a testimony. Sometimes, you have to be wary of the image. But we’re all a little simple. The only thing that arouses the imagination is what we can’t see, what’s outside the frame. Just because you put a pink elephant on top of the Eiffel Tower doesn’t mean that you’re arousing someone’s imagination. Maybe Salgado shows us too many things. It’s questionable. But the photographic act itself is extraordinary, going to the other end of the world.

There’s a war photographer at Magnum, Michael Brown, who shoots almost exclusively with his iPhone. Do you take pictures with your phone?

F.H : That’s wonderful. No, I don’t take pictures with my iPhone, mainly because I can’t be bothered to. I should, though, and with my iPad, too. At least with the iPad I’d be able to see what I was doing. I’m a little blind, you know. The fewer possibilities we have, the more interesting the work becomes. I never liked color photography. I only shot in color because I had to stop shooting in black and white. I actually try to take colors out of my photos.

Shortly after the launch of the iPad, you released the first digital photography book. Did you made any money from this project?

F.H : I took an interest in the iPad as soon as it was released. But I made a mistake in the marketing. I set the price at 40 euros. You could see all the pictures for free, but to see them in full size you had to pay. Then I lowered the price to 8 euros. People don’t like to pay for something intangible. Plus, it was too complicated. But at least I got to do what I wanted.

What revolutionary thing are you working on today?

F.H : I wish I had something revolutionary underway. I have my sculpture photos. What I’d like to do is shoot video portraits of people standing still, and something would happen to their faces. They’d be one-minute videos for the iPad. Kind of like performance art.

Frank Horvat A Trip Through A Mind