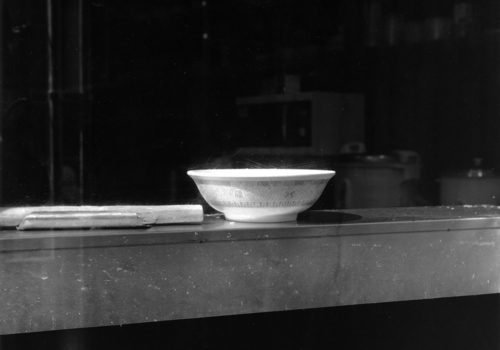 « Perhaps a photograph is just a memory of time and place and light, but within that simplicity there’s a deep profundity. » Paul Graham

Belleville is a district in the North-East of Paris located at the crossroads of the 10th, 11th, 19th and 20th arrondissements. Long famous for its popular balls, open-air cafés and follies, Belleville is today a mixed neighborhood in the process of gentrification – where very diverse populations come together and mingle with diverse origins.

From 2009 to 2019, this is the district that I traveled to photograph spaces and details, and portray its inhabitants. Attached to photography which engages with the world in a simple and direct, but demanding relationship, I wanted through these images to show my attachment to this Parisian district, where I lived. I also wanted to contribute and renew the iconography of north-east Paris, widely photographed in the 1950s and 1960s, and somewhat neglected since.

This work is also that of my learning photography not as a technique but as a meeting experience. Walking the same streets every day, in a small area, drinking coffee in the same bars every day, I patiently built a habit that was, in fact, a daily experience of rediscovery. Through these images I experienced the most precious of photography: deepening the quality of our relationship to the world.

Born in France in 1983, Thomas Boivin graduated from the Ecole Supérieure des Arts Décoratifs in Strasbourg. After a period of alternative comics and graphic experimentation, he became a photographer and published several books, the latest of which are A Short Story (2016) and A Flat in Ménilmontant (2019). His work is mainly composed of portraits taken in the north-east of Paris, in Paris and in the inner suburbs, and was widely honored during the exhibition Photographier Paris, nouveau regards sur la ville (2018). Represented in London by the David Hill Gallery, the work of Thomas Boivin is notably present in the collections of the Neuflize OBC fund and the Fond d’Art Contemporain – Paris Collection. Several books on Paris are planned for publication, Belleville will be the first.