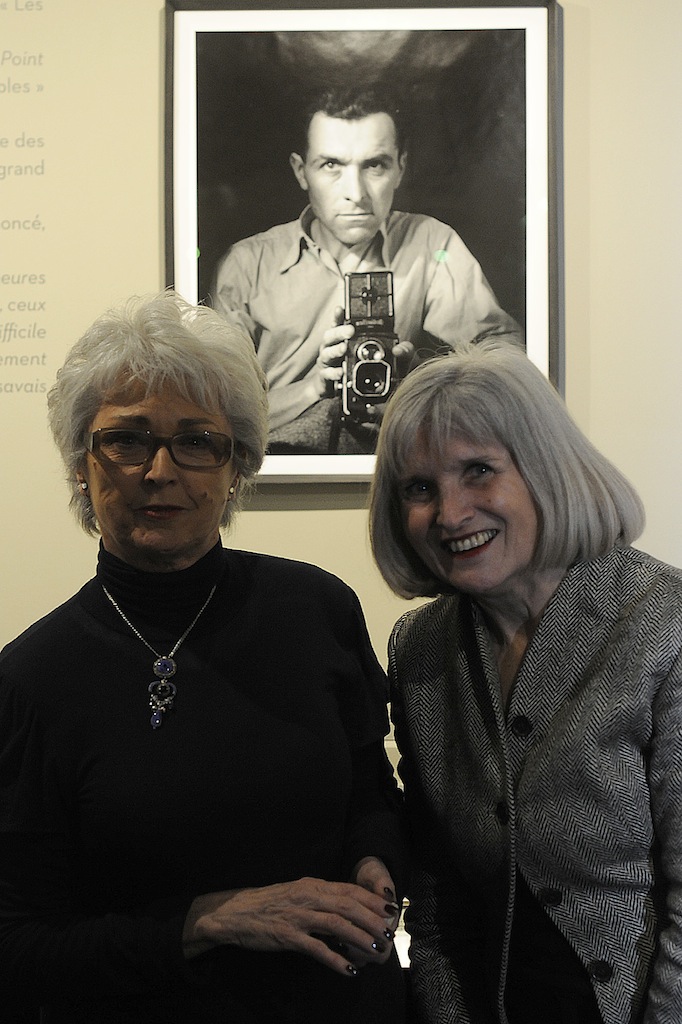 After a long period of indifference, photography is today subject to intense analysis specialists in many different disciplines.
Photography is definitively become an “Art”, studied by philosophers, historians, sociologist and semiologists, whose analyses are frequently dazzling.

So dazzling as to impede our vision.

Just as the brilliance of the flash momentarily blinds us, we are struck dumb by images now overburdened with critical commentary; images whose least intention is hunted down and scoured for interpretation; we lose the thread of the essential reading, one that is innocent and touching.

With Jean Claude Gautrand the reading of a photograph is never thus denatured. He speaks very simply of something he knows a great deal about. He leads us down paths long familiar to him and we can be sure, in his company; that we shall never be lost. His astounding photographic knowledge was acquired on the job, by working with artists whose profession, daily life and career hazards he shared, along with something more essential
again: their friendship. The story of those photographers is one that he has experienced for himself; they regard him as one of their own.

When we opened the studio up for him, we knew he was in his element. We know Jean Claude very well: he has been one of the essential voices of Parisian photographic life for very many years. We knew that he had frequented this studio when our father was still active and the 45o,ooo negatives in the collection had not yet been fixed for all eternity, He had been a witness to the workmanlike constitution of this revue, he knew its story and was better placed than anyone to set out its historical context and articulate the tone, the refrain, the mysterious humor that seems to confer a whisper of soul on these images, something that transcends analysis and elicits a tear.

Jean Claude Gautrand therefore began his task of research at the point where most studies end. Our faith in his work and the friendship that we feel for him induced us to show him images that had not yet been fully archived or documented. He had access to the earliest black-and-white photographs from the 1930s and to unknown color images from the 1960s that are still being inventoried. Having amassed the images he knew; he meticulously considered less widely published subjects and on occasion discovered unknown images with a joy that proved contagious, establishing a broad selection that he began to sort into its genealogical branches with implacable precision. He then made the most modest choice: that of a chronological reading that instantly illuminates the coherence of the photographer’s work by situating it precisely in the photographer’s life-story. As you might expect. When what we call the “flatplan” of the book had been established, that is, the order in which the images were to be seen, Jean Claude again opted for selfeffacement.

He chose to foreground quotations, offering the reader the photographer’s comments alongside the image. Why attempt to restate what has already been said by the person whose words count for most ?
Logical enough. He then composed a fluid and graphic maquette with cunning contrasts and the play of light and form laid side-by-side just as our father used to do at his studio table for each and every publishing project. Simple. This combination of self-effacement, attentive and modest intervention, and discreet choices composes one of the most personal and complete works ever published on a photographer whose bibliography is by now as long as your arm.

“For a photographer, the first seventy years are a bit difficult but after that things get better,” our father used to say. His elegant detachment concealed the everyday life of a workaholic. It is hard not to he reminded of him when we see Jean Claude at work. Relaxed, smiling, open to contact in the way people used to be and no longer are, with a razor eye and implacable attention, he was not able to conceal the truth from us for long: we immediately recognized in him the signs of an indefatigable worker. You may follow his guidance with complete faith. With the greatest simplicity and a calm assurance born of his scholarly knowledge of the subject, he will take you where only he could go: behind the mirror.