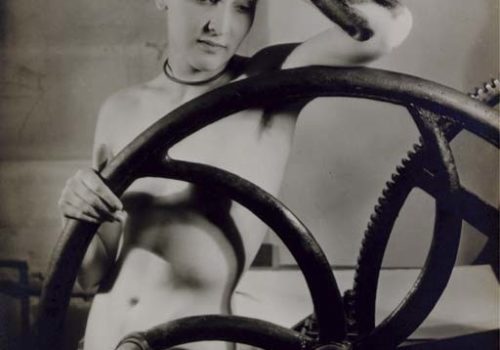 The sale from March 2nd at Christie’s Paris realised nearly €6 million with 100% of lots sold.

Man Ray et les surréalistes. Collection Lucien et Edmonde Treillard sale achieved €5,933,875, attracting international bidding from 23 countries through Internet, the phones and in the salesroom. With this sale, Christie’s maintains its leadership in the field of photography and their position for selling Man Ray’s works of art has been reinforced. The excellent results achieved to demonstrate that Christie’s remain the first auction house for prestigious collections and collectors and major institutions who paid a final tribute to Lucien Treillard’s amazing commitment to have Man Ray’s work recognised around the world. Following the record established in 2017 for Man Ray’s photograph, Black & White (1926) sold for €2.6 million, Christie’s achieved 100% of the lots sold.

Elodie Morel-Bazin, Director of the Photographs Department: “With 100% of lots sold, we are very proud of these excellent results achieved for the fantastic collection of Lucien and Edmonde Treillard. It has been a great opportunity to have access to these precious archives – such as contact prints, Rayographs, books in a very limited edition… – and to share a part of the work maybe less known by the wider public, such as “the objects of my affection”, illustrating the treasures of his creativity and also his humour. His genius was once again widely celebrated, as shown by the great results achieved for numerous works such as for Perpetual Motif, one of Man Ray’s most celebrated objects acquired for €106,000 or La poire d’Erik Satie, selling for €125,000, three times its estimate. It was great to see the enthusiasm for an “anecdotic” autograph note Miss you which triggered a bidding battle and was finally acquired for €47,500, initially estimated at €400-600″.

The sale was highlighted by a group of 96 photographs and most of them have been sold far above their presale estimates such as the photograph, Marcel Duchamp, Belle Haleine Eau de Voilette (1921) sold for €43,750, estimated at €2,000-3,000. The portraits of the artists have seduced collectors, including the humoristic double portrait of Marcel Duchamp, études pour ‘Obligation pour la roulette de Monte Carlo (1924) which was acquired for €81,250, initially estimated at €20,000-30,000 and the delicate portrait of Lee Miller, sold for €65,000, estimated at €4,000-6,000.

The sculptures conceived by Man Ray attracted the interest of the private international collectors, achieving great results such as for New York-1920 and Le Torse tournant, both sold for €87,500 against a presale estimate of €10,000-15,000, also for By Itself I which achieved the amount of €60,000, six times its estimate.

Additional successes include works realised by one of the pioneer of the Dadaism, Marcel Duchamp, such as the mythic Boîte-en-valise which sold for €275,000.

Finally, we may also highlight the strong results achieved for the section dedicated to the books, including Color chart & Alphabet (1947) which was sold for €87,500 and the beautiful collaboration with his first wife, the poet Adon Lacroix, for whom he illustrated the poems and which achieved €60,000  one of the four copies known in the world.