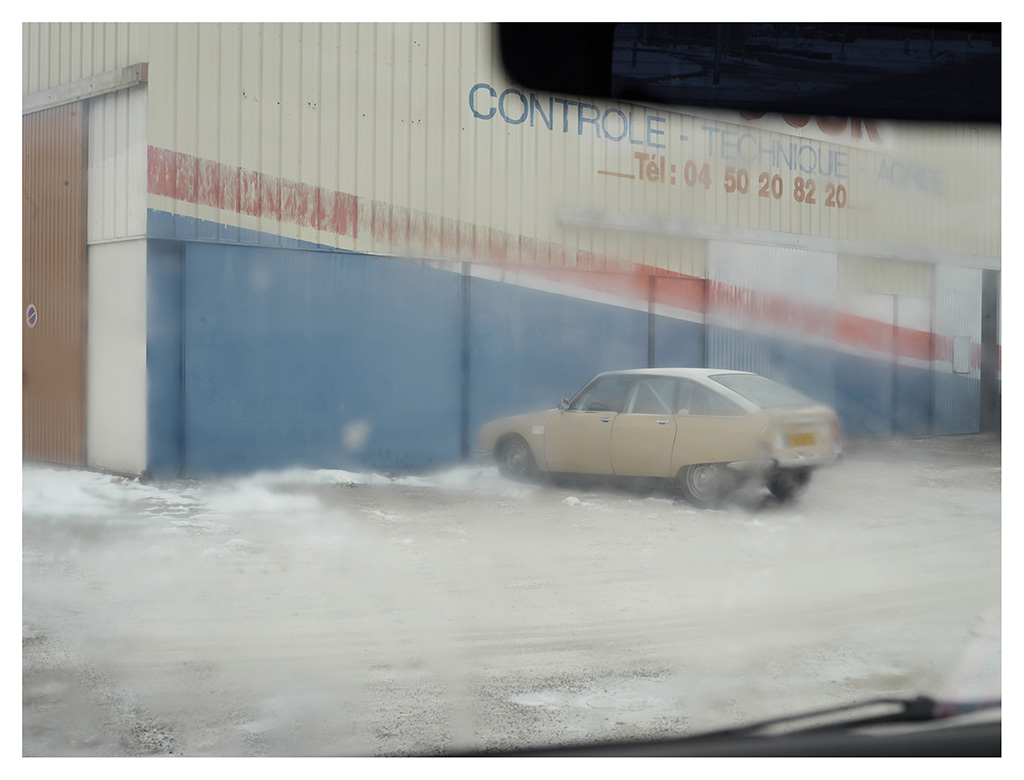 Cédric Delsaux is presenting his new book, Zone de Repli, the result of a first-time collaboration with the publisher Xavier Barral. He spent three years revisiting a famous, sensational news story: Jean-Claude Romand, a man who pretended to be a doctor and who killed his family in an attempt to keep his secret from being revealed. Let’s take a look at this beautiful and mysterious object that manages to capture on (very fine) paper Romand’s dramatic fall.

Before we even open the book, we’re struck by its cover image, an enormous font that jumps out at you and a face hidden behind it. It’s very disturbing. How did it come about?

Cédric Delsaux: Xavier Barral and I thought a lot about the cover. There were quite a few options: dust jacket, tracing paper, printed canvas, etc. In the end, the final decision wasn’t taken until the very last minute at our printer in Germany, fifteen minutes before I had to catch a train…which I missed.

We wanted a cover that would symbolize the whole story and my take on it. I wanted to use an “artless” image I found  on internet, the first one that comes up when you search for Jean-Claude Romand, but blown up  30 times its size and in black-and-white. Then I had to evoke the media circus that surrounded it, which people still remember 20 years later. Xavier came up with the idea of the font that would mask his face and make it jump out at us…  And the size of the font calls to mind the headlines, “Monster,” “Absolute Horror,” whereas “Zone de Repli” (“Rest Area”) is a less sensational word. I think that creates a special tension, something seductive and disturbing.

Yes, there’ something bizarre about “crying out” Zone de Repli…

Absolutely, and that allows the reader to touch what is essential, to shed light on what was intended to remain unspoken in the shadows. Roman’s little list of secrets, his lies, became a public matter. They made films about it, TV shows, radio programs, artworks—it never ends. In some ways, for him, even now, exposed, the nightmare continues.