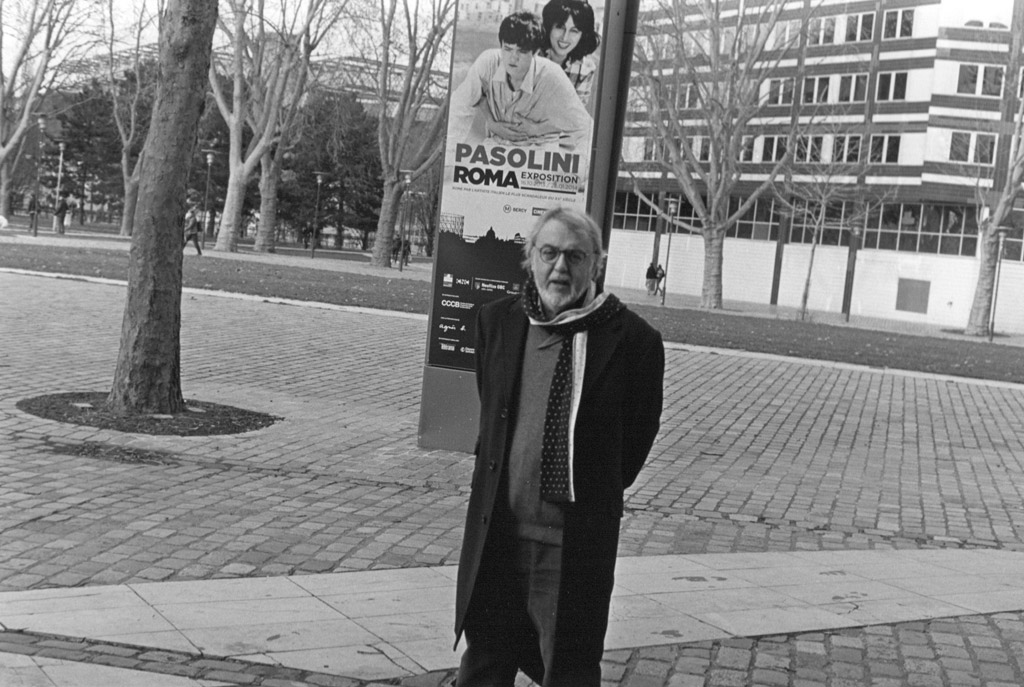 Here is the seventeenth part of “I remember” by Bernard Plossu, since the early 1970s, he has photographed his friends photographers. His rare portraits were never shown, regularly The Eye of Photography will be presenting a selection.

My portraits are always moments of encounter rather than planned portraits … and so I like to call them encounters.

I’ve met tons of people, and there are some encounters I didn’t photograph, like with my friend Sergio Leone, or Moustaki on his motor bike, or Max Evans the Western writer, or even Gerard Blain in 1963 on Porquerolles! It is all in the moment, I didn’t think … but felt?

You see, these encounters, they’re a great way of celebrating life! Because there are some incredible moments! Lisette Model so demure, inviting me, “yes Darling,” that’s rare! or Alvarez Bravo poised so simply on a street corner in London!

There are also people one loves and whom one sees often, several portraits over the years, like Denis Roche, Lewis Baltz, Max Pam, Luis Baylon, a life shared.

In a word, these are in fact sentimental encounters! These are photos taken out of a need to take them.

So they are all about the time, the era. Without intending to, they speak of the passing years…

Now, there are portraits of friends who have passed away, and that’s hard… Looking at them demands strength because one misses their voices, their gaze… Of the 5 friends who came with me to the Chiapas jungle in 1966 only one remains! Hampton, an American.
These were encounters with people with whom sharing life was magical, whether they were trekkers, travel companions, or writers, artists, or photographers.