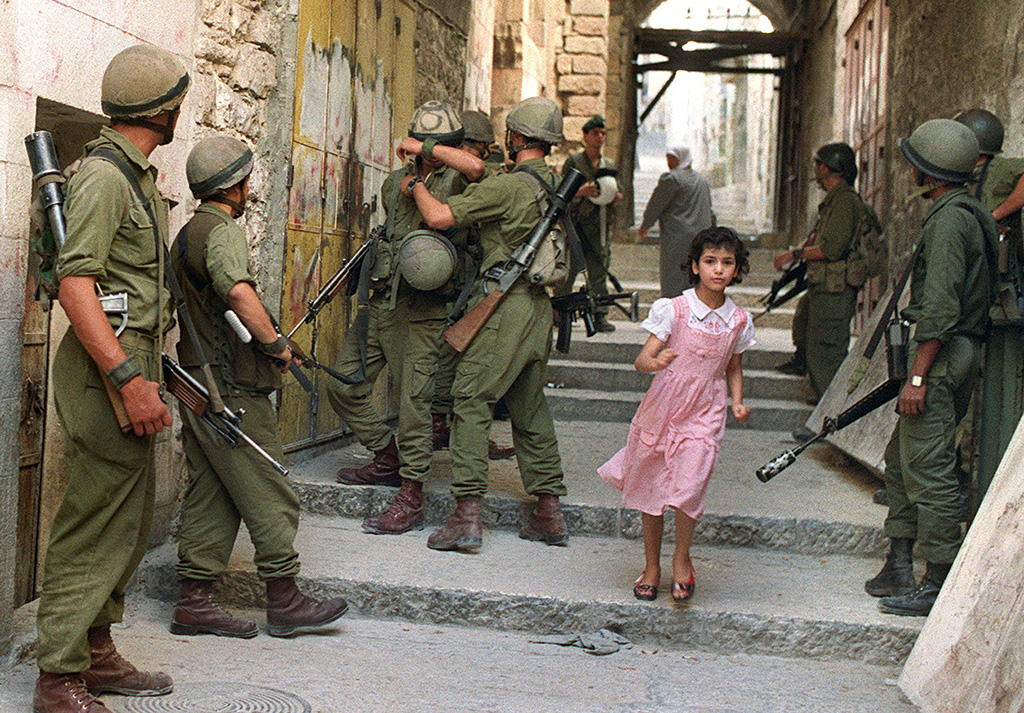 Portrait of Patrick Baz, the Franco-Lebanese war photographer who is now the head of the Middle East and North Africa photo department for the Agence France Presse. We discussed his beginnings covering war in Lebanon for foreign press agencies. He also looked back at the twists and turns of the medium as it passed from black-and-white to color and from film to digital. Baz believes the story to be the most important aspect of his work, and insists that photography is an art form and should remain so.

Patrick Baz started out with photography as a hobby using his father’s camera. “Cameras were valuable back then. Not everyone could have one.” With his friends, he visited the demarcation line. “It was like a sport. We captured traces of destruction in the city without really knowing what we were doing.” Then came the time for political activism, “at an hour when there was no choice.”

The year 1982 witnessed the Israeli invasion, and Baz decided to make a career out of his passion for photography. Coming from the Lebanese bourgeoisie, it wasn’t an easy choice. “They saw me as a lawyer or a doctor, but I wanted to be a pilot.” His first camera was a Canon Semi-Pro AE1. He drew inspiration from books and Vietnam war photography. In Lebanon, foreign photographers came from all over to cover this new battleground. At the same time, Baz decided to abandon his political activism for photography. The camera would be his weapon.

Photographers of a certain stature don’t always get along. It was the era of stars. They were arrogant and had little interest in taking younger photographers under their wings. “They used us like fixers. We’d show them the way and that was it.” Baz remembers one episode in particular. When he submitted a story to the Sygma agency about the cannabis in Bekaa, Sygma cast doubt on the report. They wanted to send their own photographer, but Baz was steadfast. Then foreigners started getting kidnapped and the big names packed their bags.