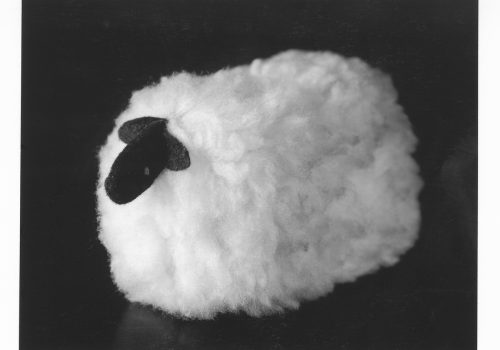 José Ramón Cuervo-Arango was born on July 23, 1947 in Gijón, a coastal town of Asturias where he studied at the Jesuit College from 1953 to 1964. By family tradition, he studied medicine at the University of Salamanca from 1965 to 1971, followed from 1972 to 1977 by a medical specialization in the hospitals of Murcia, Oviedo and Santander. In the meantime, he got married, children were born: Maria Nieves in January and Beatriz in December 1971, sons: Alberto in 1977 and Jorge in 1983. With a father who loved photography, and an uncle photographer and printer in Mexico City he became interested in the medium, he bought his first camera in 1970. In 1977, he moved to his hometown and worked as a doctor at the Social Security Hospital. He went through a period of clarification of his ideas, his concepts in relation to himself and his creative need. He realized that photography is an artistic language that can lead to a serious compromise with his means of expression. He then began a self-taught training process that led him to find his own language focused on the interpretation of light. He left for Venice to visit the exhibition “Venezia ’79 La Fotografia”, the following year, after meeting Aaron Siskind in Barcelona, ​​he left for Providence in the United States where Siskind has the chair of photography of the Rhode Island School of Design and met Harry Callahan. Back in Spain in 1980, he founded the Zone V group where he was active for a year and participated in the creation of the Photo-Vision magazine, of which he joined the team. In 1981, having made the decision to exhibit his work, he produced a series of nudes of his daughters with the legendary Polaroid SX-70. In 1982, he met Richard Sadler in Arles who introduced him to Raymond Moore, John Blakemore and Paul Hill in England. His work is represented by Galerie Forum in Tarragona and Galerie Le Réverbère in Lyon. In 1985, the Spanish photographer was selected for the first European photographic commission “Rives et rivages d’Europe”, sponsored by Autoroutes du Sud de France. In 1986 he produced the portfolio “Cementerios singulares asturianos” commissioned by the Culture Council of the Principality of Asturias.

The following year, he participated in the second portfolio “1986-1987” of the Spectrum Gallery in Zaragoza. His catalog “José R. Cuervo-Arango” Premio de Artes graficas de la Generalitat de Cataluña “accompanying the exhibition at the Museum of Fine Arts of Asturias in 1987 was awarded the best catalog of the year. In 1998, he received the Premio Ciudad de Oviedo from the Asociación Española de Médicos Escritores y Artistas, which was followed in 2009 by the Premio Cajastur – XL Certamen Nacional de Arte de Luarca.

In 2003, publication of his first book “Al otro lado del espejo”, followed by “Luz tocando plata” in 2010, “Música de cámara” in 2017 and “Mi paisaje” in 2019. Landscape and nature are his favorite themes from his beginnings as a photographer, inexhaustible source of inspiration of meaning and mystery for him, with its nuances and specificities resonating with his romantic spirit. He used large (4×5 in) and medium (6×6 cm) cameras, as well as a 35mm in his early days. He develops his own silver prints. José R. Cuervo-Arango has another great passion, music, in which he seeks inspiration, which is why he shoots his images in different formats so that they breathe rhythm and harmony. Each of his photographs is a kind of little poem, visual of course, leading us on the path of his emotions in front of the spectacle of nature and life.

I am deeply motivated by the wonderful and complex order that I perceive in the universe, and of which I feel deeply a part.

I am particularly drawn to nature, and my purpose is to understand and celebrate it, because I find there an endless source of meaning, mystery and pleasure.

I am not afraid of lyricism and showing my emotions in my work.

Exhibition open by appointment only