Art Rotterdam 1 – 4 July – a festive weekend for those who love art, photography, design and much more. (Part 3) 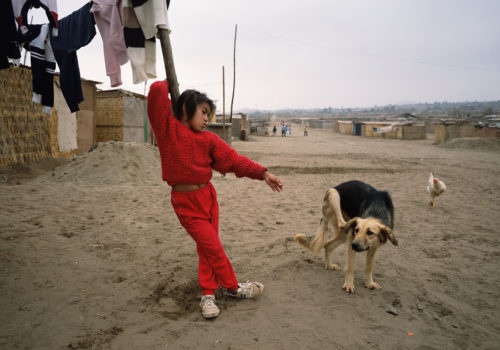 In this third & last contribution you will find more on the ROTTERDAM ART FAIR and the following gallery’s, and also more on arty things to do in Rotterdam this weekend.

Since 1970 the name Willem Diepraam has been associated with portraiture & engaged photography. With his coarse-grained black-and-white images, brutal frames with strongly accentuated skies, Diepraam clearly takes a position. His social involvement is also reflected in Diepraam’s personal work. Due to the loss of his wife and two of his children in a plane crash his approach changes drastically: it becomes more quiet & subdued. In the 1980s, Diepraam developed into an autonomous artist with a sharp eye for aesthetics.

In 1971, Steve Fitch began photographing the billboards along American highways. Neon light poles at entrances to and in parking lots of roadhouses, motels and drive-in theatres intended to entice the passing motorist or truck driver to stop. When Fitch revisited his work a few years later, he noticed that he had only photographed in daylight. But he knew there was nothing like brightly lit columns shining in the night, so he started rephotographing them, from a tripod with slow shutter speeds.

Charles Fréger has defined his own genre of documentary portraits in which past and present come together. In a collection entitled ‘Photographic portraits & uniforms’, Fréger focuses on groups of people whose clothing determines their identity: sportsmen, soldiers, students and members of the Beijing opera. Fréger works like an August Sander: neutral and objective. Outside, on location, he treats his models as if it were studio photography. Poses arise from a dialogue between him and the model. In this way he explores the portrait as a genre and it becomes a mixture of photographic and ethnographic research.

Whether documenting the city parks of Amsterdam and Rotterdam, the Wadden Islands or the Belgian coast, Jeroen Hofman has a special method: he photographs from above, standing on a raised platform. The effort to hire an aerial platform for every shoot pays off: from a bird’s eye view, the architecture of the parks, or the vastness and tranquility of the islands, become clearly visible.

In 1960, the French colony of Upper Volta became an independent republic. That year, Ibrahima Sory Sanlé (1943, working under the name Sanlé Sory) established himself as a photographer in his native town of Bobo-Dioulasso to become the unofficial chronicler of the youth and music culture in Upper Volta. In vital black-and-white images, Sory photographed the awakening freedom, Upper Volta’s resurrection and quest for independence and identity.

Roy Villevoye (NL 1960), has regularly visited the Asmat in Papua since 1992. At a time when they could gradually acquire and wear clothes, Villevoye saw the Asmat craft these precious T-shirts in an exceptional and personal way. All T-shirts shown are authentic and made by the Papuans without the intervention of Villevoye for their own use.

The knitted underwear of pelican avenue shows the body as a sovereign but vulnerable object. The knitware is concrete, tactile and sensual. Colors and shapes compel the body to its own eroticism. The body might become a comfort zone, allowing for intimate scenes and possible conflict. In dialogue with a selected group of women (Krõõt Juurak, Priska Morger, Lucy McKenzie, Narelle Dore, Ronja Stahl) pelican avenue will create a photo-project. Pelican avenue, the label of Carolin Lerch, questions conventional codes of fashion, to avoid stagnation and complacency. It opposes the logic in fashion of constantly changing trends and the destructive attitude of hypes. Each single design is determined by formal and personal reflections on contemporary subjects. Pelican avenue is looking for value in challenge, subtlety, ambition and craft. Sustainable solutions and a fair manufacturing process is impliciet to the making.

Three expositions from 9 June till mid-October

In the Gallery , 99 photos tell the story of the development of photography in the Netherlands from 1842 onwards. It shows the highlights, the innovations and the enormous strides that photographers have made.

Now You See Me Moria

Now You See Me Moria is a cooperative project of refugees from the camp and a Spanish image editor living in the Netherlands. In an effort to make people in Europe aware of the inhumane situation in Moria, they started an Instagram account together, where photos and stories are shared about daily life in the camp.

Ellen Thorbecke (née Ellen Kolban) (1902-1973) was idiosyncratic, had broad cultural and political interests and had artistic talent. In 1931 Ellen Thorbecke leaves Berlin for China. For this trip she purchases her first camera. She resides there as a correspondent for Berlin newspapers. To illustrate her articles, she creates a series of portraits and street scenes in the Chinese countryside and in the cities of Beijing, Shanghai and Hong Kong.

As mentioned above, Kahmann opened their second gallery now in Rotterdam. It can be found at Keilestraat 9, right at the center of the Merwe-Vierhavens project. At present they show Barry Kornbluh (1952) and Rutger ten Broeke (1944) at the gallery – if you didn’t get enough photography at Art Rotterdam a visit to this gallery is certainly worthwhile.

Round the corner of Kahmann gallery the HAKA building can be found (perhaps ‘can’t be missed’ is a better expression due to the sheer vastness of the building) – another historical landmark in New Objectivity/ Nouvelle Objectivité style in Rotterdam, dating from 1931 – and during ART Rotterdam HAKA is the venue for the OBJECT design fair

Object is a curated fair, which means designers are carefully selected to keep the balance between well-known names and upcoming talents, different design disciplines and materials, applied design and more autonomous installations.

Here also tickets have to be booked in advance:   https://objectrotterdam.com/?page_id=83511

Have to be booked in advance: https://artrotterdam.com/en/

Visitors are welcome without testing | Face mask is not mandatory | 1.5-metre distance is

Tickets clearly state your starting time, but once inside they are valid indefinitely.