Art Cinema : Zelda Cheatle : The Photograph That Changed My Life 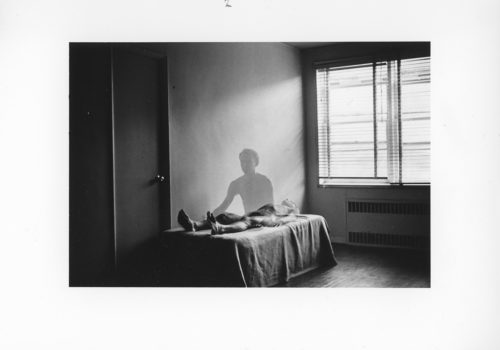 More than 50 acclaimed photographers, including Nan Goldin, David Bailey, Alec Soth and Don McCullin (plus a sprinkling of collectors, composers, directors and actors) have come together to reveal the particular images that have had a life-changing effect on them. The Photograph That Changed My Life tells the candid stories behind their choices. It is the brainchild of Zelda Cheatle, the esteemed British photography curator and gallerist, and the range of international contributors to the book bears witness to her distinguished career.

The photographs they have chosen, says Cheatle, are not part of the daily visual onslaught but “are important images, seared into memory, a myriad of photography that has, in some way, stopped people in their tracks.” And while each contributor approaches their task quite differently, all are generous with their confidences. “I could never have predicted their choices nor the stories,” she says. “Really, they have all been themselves. They haven’t tried to write something that their agent would say was a good idea – they have written from the heart.”

Sometimes an artist draws a satisfying line directly back to their own work. When Nan Goldin writes of her choice of Larry Clark’s 1971 untitled image of explicit drug use, she says: “Larry’s work was an epiphany. It gave me permission to take my own work seriously and to publish a book of my own life.” Influence seeps down the generations when an image from The Ballad of Sexual Dependency, Goldin’s now-classic 1980s series, is chosen here by Welsh punk feminist photographer, Megan Winstone. That master of the ambiguous tableau, Gregory Crewdson, selects After a Flash Flood, Rancho Mirage, California, July 1979 by Joel Sternfeld and pinpoints its influence: “… the sense of light, colour, the unresolved narrative element, the suggestion of some kind of occurrence that has undercut ordinary everyday life – all captured from a slight remove”.

And stars still surprise. David Bailey, who has captured so many beauties, talks his way back in time through possible historic contenders, finally arriving at The Haystack, Laycock from 1844, by pioneering photographer, William Henry Fox Talbot. “I can hardly believe this picture has had so much influence on me – it is not only significant in the history of photography, it is history.” Actor, photographer and producer Richard Gere sees his grandfather standing with his crop as “Simple and honest. Vast. And beautiful.”

Cheatle had started work on The Photograph That Changed My Life before lockdown, but “in terms of this project, lockdown was an amazing opportunity because globally everyone was at home. I could get Duane Michals at home, I could get Arthur Tress in his house… It was a good time to catch up and chat to people, and they had time for the book.”

Cheatle’s challenge sends several photographers on extended personal journeys of rediscovery. American artist Alex Soth hunts down a book last seen decades ago about psychiatric photography that contains his chosen 19th-century portrait. “I knew that this man, in this book, was the right portrait for me. I am pleased now that I have opened up another valve that I can talk about, this task really made me think. I was terrified of photographing people, I avoided it and made landscapes for a long time. But I felt the pull…”. Joy Gregory, renowned for her work about colonial histories, sifts through her notebooks to find Jean Muir in London from 1975 by avant-garde fashion photographer Deborah Turbeville, an image that “seems to have haunted my photography on a very subconscious level”. Robert Taylor scans an old transparency and discovers it holds the face of his late friend and mentor, the Nigerian photographer Rotimi Fani-Kayode. “This picture of Rotimi has, unexpectedly, delightfully disrupted my world, yet again.”

The human preoccupations of joy, desire and death reoccur. Former supermodel, now photographer and textile artist, Mick Lindberg, chooses Robert Frank’s children on the beach with sparklers (1958) because it “gave me the realization that a photograph could capture the essence of joy.” Desire arrives on the page with Andy Summers’ selection of The Birth of Aphrodite by Lucien Clergue (1966) and finds a less certain echo as Dutch landscape photographer Awoiska van de Molen selected an interior by Bill Brandt from 1951, Nude, Belgravia. Arthur Tress ponders the nature of death with Duane Michal’s delicate and poetic series, The Spirit Leaves the Body from 1968.

Cheatle’s invited ‘choosers’ are a very personal mix of different sorts of photographers, artists and collectors – from different generations, backgrounds and at different career points – “but they all fit in the book because it’s all about people choosing a picture.” And the reader? Whether they come to it as enthusiast, expert, practitioner or collector, they will soon be caught in a fascinating web of personal and historic coincidences and connections.

Published 8 September 2021 by Art Cinema, £19.95. Available on Amazon, and a limited number of signed editions through the Art Cinema website, https://artcinema.art/