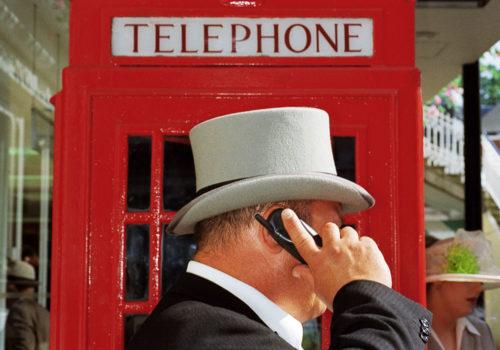 To coincide with Milan fashion week, Giorgio Armani inaugurated Magnum Photos – Colors, Places, Faces at Armani/Silos, a composite and multifaceted narrative that reflects a unique mix of art, journalism and storytelling through a kaleidoscope of different visions.

Curated by Giorgio Armani in collaboration with Magnum Photos, the exhibition offers an eclectic perspective as perceived by ten international photographers and their respective understanding of photography. Some of these artists are still active today, others have passed away, but they are united by a desire to explore reality, translating suggestions and emotions into images. The spectrum is broad: from Christopher Anderson’s China, focusing on people’s faces rather than architecture, to Olivia Arthur’s Dubai, seen through the eyes of a castaway who returns after fifty years to a city that has grown from a village into a megalopolis; from Morocco by Bruno Barbey, a long tale of a country that has escaped modernity, to Werner Bischof’s New York, portrayed in color shots that immortalise its dynamism; from architecture seen as socio-political space by René Burri, to coasts seen as borders between land and water by Harry Gruyaert; from Martin Parr’s biting dissection of English life, to Tokyo and Venice captured by Gueorgui Pinkhassov through stolen shots and unexpected angles; from Iran depicted in its day-to-day life by Newsha Tavakolian, to the saturated colors of Latin America and the Caribbean as seen by Alex Webb.

“Photography has always fascinated me because the emotion it inspires is very similar to the sense of surprise felt when observing reality from an unexpected point of view. In particular, I admire the work of the Magnum photographers, which I got to know when I myself began to see the world with new eyes. Colors, Places, Faces takes us on a colorful journey through worlds and cultures near and far, transfigured by each of the through their own personal vision. It is the attention to reality that fascinates me about their photographs, which are never simple reportages and are all so different from each other”, artists, comments Giorgio Armani.

Founded seventy-five years ago by Robert Capa, Henri Cartier-Bresson, “Chim” Seymour and George Rodger, Magnum Photos is one of the most famous photo agencies in the world. The name pays homage to the great dreams that Capa cherished for the future of this project.

Magnum has told – and continues to tell – the story of the world through images. Magnum photographers were among the first to go against the tide, switching from black-and-white photography to color, when purists still considered it inelegant. Sharing their travels and discoveries on the pages of magazines and periodicals, they described places, people and cultures at a time when mass travel did not yet exist. Attentive witnesses of history, to this day Magnum photographers offer different points of view and suggest new ways to look at reality.

With this exhibition, Giorgio Armani supports the projects of Save the Children, the international Organisation which has been working for over 100 years to save children at risk and guarantee their future, aimed at fighting educational poverty and school dropout.