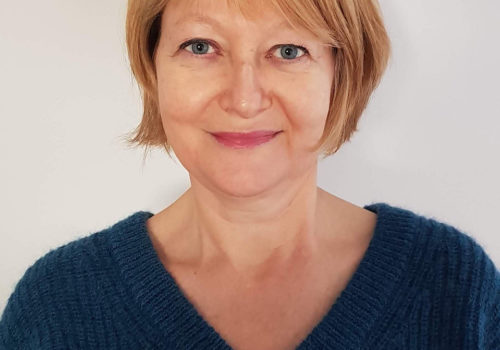 At the Rencontres d´Arles, it is one of the rare exhibitions where waiting in line is almost systematic to enter and where the public’s praise is total: “Sabine Weiss, a photographer’s life”. At the age of 97, the Swiss-born photographer has finally climbed to the pinnacle. Covered by the Kering “Women in motion” prize and a large bouquet of flowers on Monday July 5, she gave all week of her time for signatures and meetings with visitors. Meeting with the curator of her exhibition, Virginie Chardin, who discusses the project for this exhibition, already important in the history of photography.

Virginie Chardin, curator of the exhibition dedicated to Sabine Weiss: “There are at least 1/3 unpublished images, never exhibited”

With this exhibition, we have the impression that it is finally the consecration of Sabine Weiss. What do you think ?

Yes, it’s true. I would say that this is the culmination of a validation work that has been going on for a few years now. First through her assistant, Laure Augustins, who came to help her about ten years ago. This gave Sabine Weiss the opportunity to look into her archives, which she had never really done. And then, there was an important thing: Marta Gili, former director of Jeu de Paume, decided in 2015 to devote an exhibition to her at the Château de Tours. This is how I got to know Sabine Weiss, which allowed me to do some digging in her archives for this exhibition in order to find photographs that have never been seen or shown. This is the first time that an exhibition curator has opened her archives. Sabine Weiss has a very independent personality, and that was quite confusing for her. We had a debate, in particular for the unpublished images. She had made a corpus for twenty years from which she never left. Little by little, we became friends and I helped her to look differently at her photographs. I then came back to see her many times and she let me dig more and more to prepare for this event at the Rencontres d’Arles.

What was your intention regarding this exhibition?

When we thought about having an exhibition here, at the Rencontres d´Arles, I immediately said that we had to show a lot of new images, never exhibited. There are at least 1/3 in this exhibition. I tried to show an ensemble which is representative of her style, of her singularity, and which does not only show the humanist photography that we know, but also commissioned works in order to explain a little what was the life of a woman photographer who worked nevertheless for seventy years. At one point, I also thought about showing some of her color photographs, but she ultimately didn’t want to. These are travel or assigned photographs that she did not feel in this context.

What, in your opinion, makes Sabine Weiss unique, beyond her humanist touch?

I would say she is a photographer who is very straightforward. She is very social and it is the contact with others that will make her press the shutter button on the camera. There is no distance. When she photographs a little beggar in Toledo, she does not photograph poverty, she photographs this child because his gaze attracted her. I think she is a child herself. I wouldn’t want people to think of her as the “child photographer”, but in my opinion she remained a child. She is not a photographer who will document a social subject. In her photographs, there is no message, there are no small scenes, no winks, there is an immediacy, a presence.

How do you explain it?

She is a cheerful woman, who was very happy with her husband, very close to him and her life seemed made of the friends, the artists, the bohemian life. She didn’t ask herself too many questions. She started to work because there was work. She finally did not took so much time to sit down and think about what she was doing. She starts now and realizes that she documented the century. I think the camera is a vibe of life for her.

With this exhibition, wouldn’t there be a facet of her that we knew little about: the figure of meditation? It seems to me that there are quite a few here.

Yes, I think she is someone who cares about fragility. Whether it is in children, the old, the insane or even ugly people, people in a bit of distress, it is the fragility of beings that she often seeks. I think she was particularly touched by these people. Also, in the latter part of her work, she was very interested in beliefs, she photographed people in churches a lot. A melancholy part that can be found for example in her latest book Emotions.