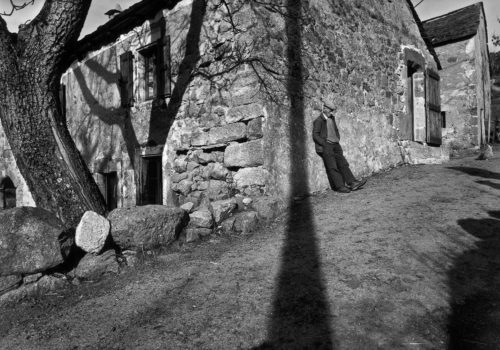 ARTHUR METTETAL : PASSION AS A LEGACY

Historian, specialized in economic history and industrial heritage, Arthur Mettetal has been interested for several years in the material and immaterial traces of industry and mobilizes the photographic medium in each of his projects. After having worked on the workers’ memory of the Metaleurop site in 2011, he led a reflection on the place of factory chimneys in the urban and rural landscapes of northern France in 2015. Co-curator of several documentary exhibitions (Usine des mémoires, Signal industriel), he is currently administrator-director of the Orient Express Endowment Fund and is also working on a thesis on the theme “History and heritage development of the Orient Express: from the 19th to the 21st century.

On the occasion of the Rencontres Photographiques d’Arles, this image enthusiast and co-curator of the “Orient Express & Cie” exhibition, agreed to take part in our “Questionnaire”.

Arthur Mettetal : I think my first trigger was a photograph by Chris Killip, Youth on wall jarrow tyneside (1976). At the time, I was studying the industrial and economic history of England. This image deeply marked me as a sensitive synthesis of the dramatic consequences of deindustrialization and the politics of the Thatcher years. It is for me the symbol of a world that is disappearing. It was with this image that I became interested in documentary photography.

Arthur Mettetal : Definitely Raymond Depardon. First of all because he is an in depth photographer and a filmmaker. As historians, we share his particular approach to temporality. Secondly, it is also his way of travelling through territories, or rather of surveying them, that makes sense. He is as much a photographer as an anthropologist and ethnographer. Finally, the subjects he covers touch me, especially his work on the rural world and the world of psychiatry.

Arthur Mettetal : It is not an isolated image, but rather the approach of photographer Samuel Gratacap who combines visual arts and photojournalism. Since 2007, he has been interested in migrations and their links with various contemporary conflicts. It is an approach through the territory and through the human. More than the emotion that his images arouse, it is their resolutely political dimension that challenges. His work is essential.

Arthur Mettetal : Images that made me angry…there are many unfortunately. I instantly think of Tommaso Protti’s reportage made in the Amazon in 2019 and for which he received the Carmignac prize. His images of a provoked and inexorable decline of the Amazonian forest, not only essential for humanity, but also for its inhabitants, can only be revolting.

Arthur Mettetal : It’s a family photo taken with a polaroid camera when I was 10 years old. It fixes a particular moment and people who are very dear to me. It has never left me and sits on my desk within sight.

Arthur Mettetal : I won’t say. You have to ask this question to a photographer 🙂

Arthur Mettetal : The book Quest for Identity by photographer Ziyah Gafic! The photographer questions our relationship to the memory of a dramatic event, the war in Bosnia-Herzegovina which took place between 1992 and 1995. During this conflict, several tens of thousands of civilians were killed, mostly by Serbs. The photographer took pictures of the objects they were wearing at the time of their execution, creating a visual and documentary archive for the survivors. Returned to the families, the objects constitute the proof of their disappearance. His work shows to what extent photographs, once classified and inventoried, constitute an essential trace that participates in the safeguarding and transmission of a memory.

The device with which you take pictures today?

Arthur Mettetal : My phone…that’s not very original ! I should rather have said “a Leica”.

Arthur Mettetal : The biathlon ! As a reminder, it is a combination between cross-country skiing and shooting.

Arthur Mettetal : I think that everyone should go to the Jura at least once in a lifetime : it’s an earthly paradise where disconnection is total. At the same time, I am not very objective…having grown up there.

Arthur Mettetal : I would say that I am a passionate person…which can also be a disadvantage.

The job that you would not have liked to make ?

Arthur Mettetal : Deep sea diver…I am not  very good at working underwater and a little claustrophobic.

The city, the country or the culture that you dream to discover ?

Arthur Mettetal : I would love to discover Russia in depth. The Trans-Siberian Railway is probably a good way to do it, with plenty stopovers. But I couldn’t avoid talking about trains!

Arthur Mettetal : My bike and all the places it allows me to discover!

Arthur Mettetal : Without hesitation : Istanbul ! This city is absolutely magic, it is a true whirlwind which gives a dizziness and has a unique aesthetic. For me, it is really one of the centers of the world which cannot leave one indifferent and which calls for pictures. And then it is also the terminus of a famous train…the Orient-Express!