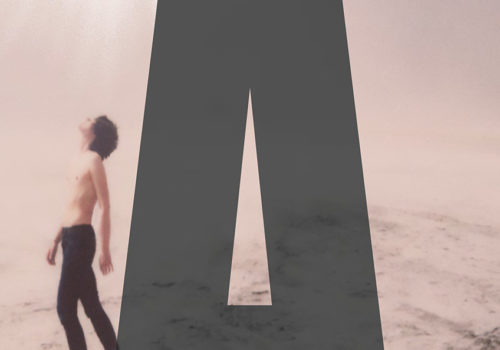 From July 4 to 10, the professional week of the Arles festival will be held. The announcement is made, the virus averted, the world of photography is reborn after 18 months of torpor.

There is a new director, a new program and an old one who can’t afford to be outdated and old associates who don’t want to share anything anymore.

Our collaborator Thierry Maindrault who lives in the region has spent the last 15 days in Arles.

He tells us the story.

It was on, the announcements were as clear as they were determined: Arles 2021 will be there for all summer long, with the legendary professional week in mind. For the past two weeks, I therefore went to browse in the self-proclaimed capital of photography to exchange with all the protagonists on the general atmosphere and about the contradictory information that had reached me.

Do not worry, you will not have long speeches, all the personalities concerned, near or far by this great annual gathering are absent subscribers. The new Mayor of the City had to manage other essential priorities than answering me.

The new director of the Rencontres who was appointed eleven months ago will not be available in Arles until June 11, according to the Parisian press attaché for the organization. An exchange with the deputy director was just as impossible, which is understandable if she has to do the daily work for two on her own until mid-June. The director of Voies Off, and his assistant, have logically laid down their “arms” for this year, the financial situation and working conditions have become so precarious that this inescapable flagship of photography has to take a sabbatical in spite of their will. . The various protagonists who hope to partially replace the absence of the Off, have not yet really declared themselves or have not yet arrived in Arles. You have understood the streets filled with photography are empty, the question is to know until when? Only the leader of the Arles galleries, Anne Clergue, is faithful to the post and already ready to guarantee that some photographs will be visible in Arles and free of charge.

Otherwise, the other protagonists from the socio-professional categories directly or indirectly involved by the Meetings, have freed themselves (believing that they would not be concerned by the health situation) to express their dismay in front of the uncertainties of Overpriced Meetings and the absence of a structured Off festival. The so-called “in” Meetings are announced, with the publication of an official exhibition program. If it is impossible to comment on the content and what is contained by these individual Arles events (15 places in the city), it has not escaped me that a large number of the announcements consisted of associated exhibitions, exhibitions outside the walls or even outside the department or even outside the Region. In other words, a dozen places ranging from, among others, Nîmes to Mougins, via Marseille, Avignon, Saint Rémy de Provence. Les Rencontres seems to be becoming a “franchise”.

For the other proposed activities, portfolio readings will apparently be done via the internet. The workshops and other masterclasses seem to be maintained this year, maybe in town?

The so-called “Voies Off” Meetings, those which allow a multiplication of offers for the public, those where you rub shoulders with young creators in search of benchmarks for their approach or asserted figures of photography take place? All over the world, the Off has become essential to establish an official festival. Arles and its Voies Off, it was the regrouping of more than two hundred exhibitions with the classification, the markup, the cartography, the catalog. It was also the famous portfolios where for a few euros anyone could present their work and discuss with recognized international professionals who intervened completely free (magic of the meetings).

It was also those endless evenings of continuous photographic projections in the courtyard of the archdiocese and its festive evening.

All for a minimal budget and teams of volunteers light years away from the budget of more than 7 million euros of the “in” Meetings and its more than 180 collaborators announced. And then, there is the nebula of the unclassifiable which stretches from the exceptional presentations of the Luma Foundation and the Van Gogh Foundation to the little enthusiast (nothing pejorative) who sticks his works on some walls of the city during the summer time . Between these two extremes, the Méjan and Ortiz foundations, the Réattu Museum and a multitude of photographers should be present. The Meetings of Lucien Clergue, Michel Tournier and Jean Maurice Rouquette are all that, let’s not forget!