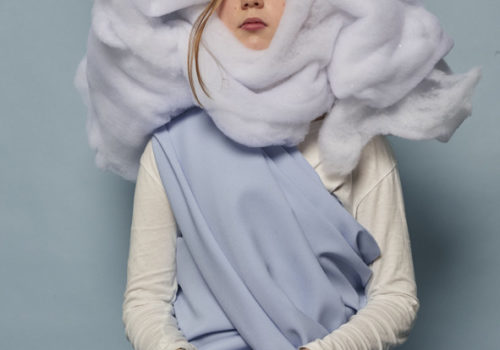 The photographer Anne-Cécile Paredes and the junior class of the Anatole France secondary school in Cadillac (Gironde) have carried out the project “New goddesses, new gods” together. Each student imagined a god or a goddess corresponding to him or her, embodying “his/her powers, qualities and weaknesses and his/her usefulness “.

In this film produced by the OLA company, the student narrates what his or her god represents. We find gods in the right heritage of Greek paragons as Athletus “God of sport” who “punishes the lazy, lights the Olympic flame” and who dreams of “beating Athena in the race”; gods specific to their time as Natura or Matigna, singers of the ecological fight and the protection of the planet or Justicia and Spirale, which both fight forms of injustice, of wickedness by placing in their hearts the feminist fights; others still more sentimental, with love at first sight; those guardians of the artistic temples, of the drawing as well as of the scratching strings; and then the most zany. ..

Thus this God of the scum who like a promise erases the shyness… this God of the Time who is much against the bad losers… this Goddess who “makes one sick not to go to work, to school, to college. She does people a favor to stay in bed and hang out. And perhaps the most essential of all, Fêtinha, the Goddess “who makes people party so they don’t get bored […] Have fun, play and… dance. It’s always been important”. This could be the final word, if not a republican motto to be stamped on the front of our schools.

Beyond the apparent fun of the project, Anne-Cécile Paredes’ portraits feature an Olympus in homemade costumes. These portraits recall childhood games, when a piece of fabric and a meter of imagination were enough to embroider stories as long as the afternoon. These images simply show the extent of the imagination of adolescence. If certain Gods and Goddesses overlap, if certain concerns or powers emerge and intertwine, there is finally in this elsewhere a God for everything. Habits emerge – the one who does judo, the one who calms down with music – as ways of asserting themselves, of erasing themselves, of forgetting themselves. These are small doors that open onto their intimacy, and even wider, onto their worlds.