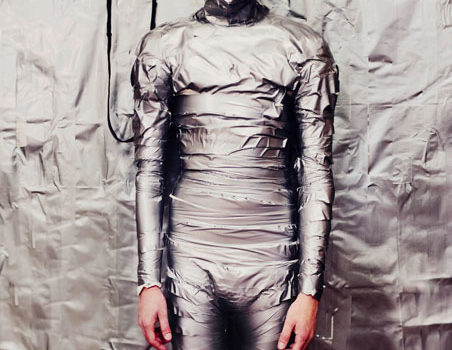 For the past week, you might have noticed an increase in articles on advertisements and commercial photography. Séverine Morel has joined the editorial board at La Lettre. Now an independent art buyer, Morel spent more than ten years at Métis and the Rapho photo agency.

Alex Stoddard, 17, is a high school student in Georgia. Discovered on Flickr at the beginning of the year, Stoddard recently completed his project, “365,” an intimate photographic journal consisting of one photograph taken per day, almost entirely self-portraits.

“My 365 was definitely hard. I’m a high school student, and at the time I started the 365 project, I was only 16 years old. I had classes for most of the day, and then I also had a part time job 4-5 days of the week at a restaurant. I’m still not sure how I found the time to take a photograph each day. I guess it goes without saying that I didn’t get much sleep. From setup to shooting to editing, I probably spent an average of five hours every day on my photograph. I was just very dedicated to the project. I had never finished anything else before in my life, so I wanted to prove to myself that I could do this and do it to the very best of my ability.

I am compeltely self-taught when it comes to photography. I’ve never taken any classes or courses. In the fall of 2009, I just began taking portraits of myself (to use for social networking sites like Myspace and Facebook) using a little point-and-shoot camera I had at the time. I gradually just began to grow and develop my concepts and eventually saw photography as an art. I learned through experimenting and trial-and-error. I learned which light worked best by spending hours out exploring the forests and spent many sleepless nights testing different techniques in Photoshop. Two years later, I still don’t feel like I know anything about photography. There is so much more I want to learn and so much more I have to grow, but that’s the fun part.

The majority of my photographs are self-portraits. Not only is it convenient, because I don’t always have someone there to model, but I also feel it is beneficial to my work. Nobody understands the concept I am striving for better than me. I am able to pose or create the expression I desire perfectly, because it is right there in my mind. I don’t have to worry with the communication of the idea or risk there being a loss of the idea in trying to explain it to someone else. All other models featured in my work are usually just friends or family members.

With my 365 finished, I’ve mostly just been taking this time to relax a bit and continue shooting my personal work. I am also working on self-releasing my first book. I have been taking conceptual portraits of people involving dogs that my family has rescued from the animal shelter. A portion of the sales from the book will go to the local animal shelter in my city.

I started the 365 because I want to improve with photography. I’d seen several other photographers complete their own 365 projects and witnessed the extreme growth that each seemed to experience, and thus I wanted the same. I think another part of it was that I simply wanted to be able to say that I completed something. Before the 365, I had never finished anything in my life. I had a habit of quitting when things got too hard or I became so invested in a hobby or art that I became a perfectionist and would never show anything that didn’t meet my impossibly high standards.

It wasn’t originally intended to become an escape from daily life, but I think in the process, that’s essentially what it evolved into. I’ve always loved stories, as a child and maybe even more now. I wanted to create and live through these stories that I told in my photographs. My life is so very dull. In my photos, I’m a character and there’s excitement and danger and all of these elements that seem to be missing from my normal existence.

At this point, I’m not entirely sure where I want to go with my photography. I’d love to shoot for top magazines and have my work shown in galleries. My intention isn’t necessarily to become famous. My intention is mostly to have experiences. I want to travel places and see things and have a fulfilled life by the time I die. I’d like my life to become an extension of the photographs I’ve taken and will continue to take. I want that excitement and danger and passion that I’ve always seemed to be missing.”