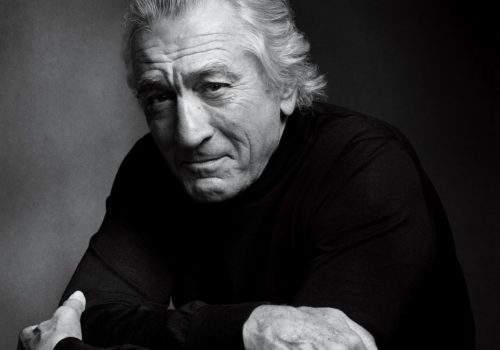 Mark Seliger is a special person for me. The reason is simple, he was the first to trust me in my life as a gallery owner. It was when I was living in NY, in 1999, I believe. Howard Greenberg, who had a small gallery in Soho, had taken over a large space 300 meters from his base, an exhibition space called the “Soho Triad”. Renting a larger space would allow him to exhibit large formats, which was not very practical in his small bachelor-style gallery.

The artist on display was the foremost press portrait photographer of the day, alongside Annie Leibovitz, the Texan Mark Seliger, chief photographer of the famous Rolling Stone magazine. His first compilation of portraits: “Physiognomy”, was being published by Bullfinch and Howard had decided to exhibit the best shots of Seliger.

It was when I arrived at the opening located 4 blocks from my office that I discovered the quality of the images, enhanced by the quality of the prints (Mark made all his analogue prints himself, which he continues to do relatively often) . One thing leading to another, Mark, whom I represented in France for the sale of his portraits to the press (via Jim Roehrig’s Outline agency), trusted me when I told him that I wanted to set up a gallery in Paris. And “Physiognomy” opened my gallery in April 2000.

Since then, Mark and I have done 4 exhibitions in Paris and one at the “Portraits” festival in Vichy (organized by Fanny Dupéchez). He is a man I love very much even though I see him little. He is on a permanent journey, from continent to continent, to photograph advertising, press, film … It’s non-stop. A West Village Globe Trotter! He’s so hard to catch. It often happens that he goes to Paris without my being able to see him because his agenda is so complex. It pains me to know that he is in Paris without a minute for a drink, but I understand it. It also pains me for him and for so many others that I know, who are in a mad work spiral, always running, having so little time for themselves, and spending tireless hours in planes and airports. It’s funny two minutes, but when it lasts 40 years, it must be exhausting… A drug maybe?

In short, in my weekly newsletter, in the middle of the Cannes Film Festival, I wanted to show my clients and friends some movie portraits made by the artist from Amarillo. His work is frank, direct, very creative, ultra efficient… A photo of Seliger often tells a lot of things. His personal work is more melancholy, less commercial of course. We can see it in his first book on Holocaust survivors: “When They Came To Take My Father (Voices of the Holocaust)” and in his very intimate book: “Listen” (superb title for a picture book, because these are photos to listen to, and they really resonate).

One more detail and I’ll stop there. Mark Seliger and I share a passion for music. He released three albums with his rock band, the “Rusty Trucks”, followed by numerous concerts. Top quality American country rock music. I had asked Mark to play one night in Paris for his opening. It had given the event an extra dimension, cooler, more rock. From his passion for music also emerge a collection of portraits of musicians gathered in a superb book “The Music Book” (hard to find). As for me, I remain musically very discreet, in my cellar, with a few friends and some whiskey!