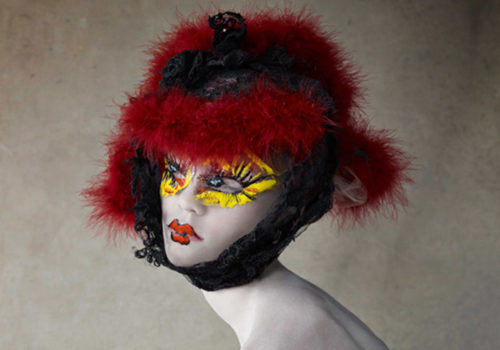 Arnaud Adida presents “Desire”, exhibition by Patrick Demarchelier to Brussels visitors. After being presented in Paris last winter, the works of the famous photographer of fashion and advertising will be exhibited until May 15, 2016.

Patrick Demarchelier (born 1943 in Le Havre) is a French fashion and advertising photographer. He is most famous for his  contemporary fashion photography works.

Patrick Demarchelier started  photography, when his stepfather offered him his first Kodak camera for his 17th birthday. While looking through a fashion magazine he discovered his passion for the fashion world.

In the early 1960s Patrick Demarchelier moved to Paris where he worked as an assistant in several photo labs to improve his technique and skills. During this period he met the Swiss photographer Hans Feurer, another important man in the world of fashion photography.

A few years later, he started to climb the career ladder. Some of his photos had already been published in well-known women’s magazines like Marie Claire or Elle. In 1975 he decided to go to New York where he soon achieved international fame.

By the end of the 1970s, fashion magazines all over the world, including the French, British and American editions of Vogue, had used Demarchelier’s photos for their covers. He also worked as a photographer for news and culture magazines like Newsweek and Rolling Stone. Starting in 1992 he worked  for a period of 12 years for the American women’s fashion magazine Harper’s Bazaar.

In 2005 he was awarded a contract for the Pirelli Calendar for which he took pictures in Rio de Janeiro. Two years later he continued his work in Shanghai for the 2007 edition.

The music and film industry also became interested in him because of his fine aesthetic sensibility. He contributed artistically to advertisement campaigns for various films including Die Another Day, Mad Dog and Glory, Blow Out, Something Wild, Dick Tracy and Bugsy. His photos were also used for CD covers of singers like Britney Spears, Madonna, Céline Dion, Mariah Carey, Quincy Jones and Elton John.

In 1989 he became the official photographer of Princess Diana of Wales and thus at the same time the first foreign photographer of the British Royal Family. Today, he is considered one of the most famous photographers of contemporary fashion. He has managed to stay creative, as he confirms himself: I feel like a young photographer […], I see myself challenging myself to do better work that’s more interesting.

Patrick Demarchelier has taken pictures of the most beautiful models of the world, among them Kate Moss, Nadja Auermann and Christy Turlington. During his photography sessions he always waits for the moment when the model forgets the presence of the camera. Thus he succeeds in capturing facial expressions that are entirely candid and natural.

His words I like to shoot very fast, before they (the models) have a chance to think about their expressions describe his working methods very accurately.

The attempt to capture natural emotions  is one of the essential characteristics of Demarchelier’s approach to photography.

Patrick Demarchelier– at the A. Galerie