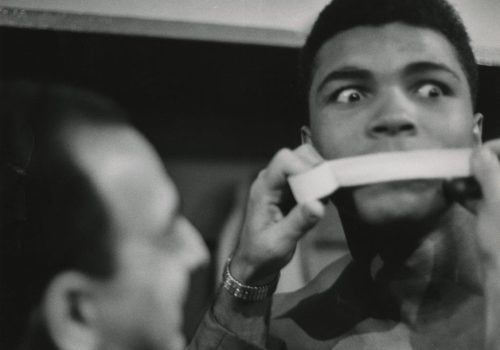 Howard Greenberg Gallery presents 1963, bringing together more than 40 photographs depicting events from this watershed year.
1963 was a year when everything changed. It was a roller-coaster time in American political and social history, when our nation experienced civil rights protests, the start of Beatlemania, and growing involvement in Vietnam. Martin Luther King, Jr.‘s “I Have a Dream” speech in Washington, D.C., brought enormous hope. And then, in the final months of the year, the assassination of President John F. Kennedy plunged the country into darkness, abruptly halting an age of innocence.

Organized into three sections, 1963 surveys the history and culture of the times and will focus on three major events: the treatment of civil rights protesters in Birmingham, Alabama, in May; Martin Luther King, Jr.’s “I Have a Dream” speech in Washington, D.C., in August; and the assassination of President Kennedy in Dallas in November. In addition, a selection of photographs will examine the culture of 1963 though music, fashion, science, and sports.

Bob Adelman captured firemen hosing demonstrators in Kelly Ingram Park in Birmingham in what would become one of the signature images of the civil rights movement in America. He also photographed Martin Luther King, Jr., ending his triumphant speech in Washington with the words “Free at last, free at last. Thank God Almighty, we are free at last.”

The fateful events of November 22, 1963, unfold in the exhibition: In a gelatin silver print by Arthur Rickerby, a photographer runs on the sidewalk in Dallas very shortly after the assassination of President Kennedy. A view from the Texas School Book Depository building in Dallas on that historic day was documented by Flip Schulke. A photograph of the outside of the Parkland Hospital in Dallas after the President arrived was taken by Cecil W. Stoughton. Carl Mydans’ gelatin silver print of commuters on the 6:25 p.m. train from Grand Central Terminal to Stamford shows men behind newspapers such as the New York World Telegram with the bold headlines of the President’s killing.

The pop culture of 1963 also plays a role in the exhibition: Paul McCartney of the Beatles is having his hair cut in Liverpool in Dezo Hoffmann’s gelatin silver print. A portrait of Roy Lichtenstein by John Loengard shows the artist with one of his iconic cartoon paintings. James Karales shows helicopters landing in a rice paddy in Vietnam, and a young Bob Dylan plays his guitar and harmonica in a print by an unknown photographer.