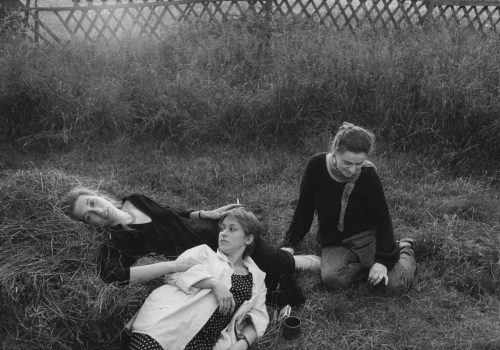 Initially scheduled as part of the twelfth edition of the ImageSingulières documentary photography event, canceled due to a health crisis, the Ute Mahler exhibition is part of the MID‘s 2020-2021 cultural season.

Ute Mahler is one of the photographers from the GDR with the strongest style. After the fall of the wall, she and several East German colleagues founded the OSTKREUZ agency, which has since enjoyed remarkable success. Through the series “Zusammenleben” (Living together), which began over forty-five years ago, she intended to report on the way people live together and to show the unspoken in a subtle way. These black and white photos tell of life in former East Germany, gently but without complacency.

“I was still a student in Leipzig when I started photographing groups of people. At first, they were loose images.

But all of them asked the same question: how do we live with each other? I was in my twenties myself. I wanted answers. I wanted to see what was behind the official facade of optimism on the program.

I was looking for the truth in the private sphere of people.

I photographed my friends, my family, but also strangers, in their space, their environment, in places where they felt safe, where they were relaxed or bored and where they allowed themselves to be approached. I met them at home, in the streets, at parties and in their daily lives, which they lived in this country which was called GDR.

When I was photographing rock musicians for a record cover or when I had a portrait commission for Sibylle magazine, I would sometimes arrange an appointment after the shoot to take my photo. Sometimes, too, it was chance encounters or brief interviews. But with most of them I spent a lot of time.

I just waited. For a layer to come off, and I would react when there was a moment that surprised me. Because sooner or later, we forget the poses.