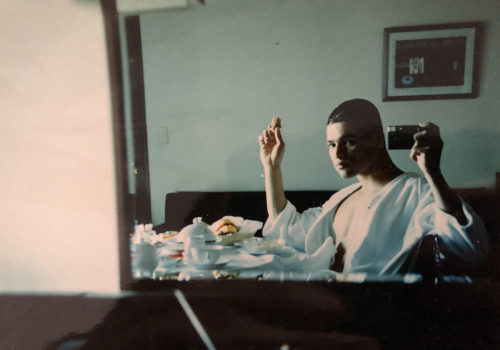 KEEPING A CURIOUS EYE ON THE WORLD

Although he began his adventure with Christian Lacroix in 1992, at the same time he also designs ready-to-wear and accessories collections for Michel Klein and Kenzo, among others. In 2010, it is quite natural that he is brought to take over the Artistic Direction of the fashion house making it evolve faithfully towards the world of decoration and lifestyle. But as a true workaholic, Sacha Walckhoff also continues to develop his own vocabulary by signing artistic projects that are often as daring as they are eclectic.

His extremism is sometimes frightening, but when people trust him, he does not disappoint them.

Curious and brilliant jack-of-all-trades, the creator is inspired by everything he sees, loves color, flamboyance, « joie de vivre », singularity, eclecticism, luxury and historicism.

And photography in all this, you may ask… A discovery that turned into a passion.

For as far back as he can remember, images have always attracted him. As a child, he collected late 19th century photographic portraits that he unearthed at flea markets in Lausanne. As a teenager, it was in the studio of the photographer Christian Coigny, a friend of his mother’s, that he was really introduced to the art of photography while discovering, at the same time, the magazines Zoom, Photo or even L’Oeil which were, in those pre-internet times, the only sources of information and discoveries for the neophyte that he was then. Little by little, his taste and his awakening to sensuality led him to the photographers of the body and the flesh. Herb Ritts, Mapplethorpe, Cheyco Leidmann, Jean Paul Goude or Bruce Weber are among his first favorites. Later, he evolved towards more complex, less commercial image makers even if he deeply believes that it is a border that does not really exist. If an image is beautiful and “moves” you, that’s what matters, whether it is commercial or not. Today, his tastes are quite eclectic even if the body and its representation continues to occupy a very important place in his collection of images.

Meeting with a passionate.

Sacha Walckhoff : A feminist photo by Delphine Kreuter discovered at the Alain Gutharc gallery in the early 2000’s… My first purchase of an artist’s photo and the origin of my “collection” of photographs.

Sacha Walckhoff : Richard Avedon, the immense photographer that I discovered at the age of 7 when I saw for the first time the movie ‘Funny Face’, with Audrey Hepburn, of which he was the artistic director. Diana Vreeland, editor in chief and Alexey Brodovitch, art director, were also on the film team with Avedon. Between the three of them, they were the dream team that made the legend of Harper’s Bazaar and American Vogue in the 50s and 60s. I knew that day that my life would have to look like this!

The image you would have liked to do ?

Sacha Walckhoff : I love images and artists too much to envy anyone.

Sacha Walckhoff : A photo of Nan Goldin, in fact her retrospective at the Witney Museum a long time ago, I cried for a long time on a bench, in Central Park, at the end of the exhibition… and also the very beautiful original print of his series “les saltimbanques” that Lucien Clergue sent me to thank me for having taken care of the realization and the fittings of his academician’s outfit designed by Christian Lacroix.

Sacha Walckhoff : I don’t think that a photo can make me angry, but on the other hand it could disgust me. Yes, that would be possible.

Sacha Walckhoff : To be a peeping Tom.

Sacha Walckhoff : A Kodak, my mother’s, with its preformed brown leather cover, its shiny metal and this anthracite grainy coating, like a very thick linoleum. I remember the pleasure of taking a blank film out of its yellow metal box to install it in the camera, everything was beautiful, like in a pagan ritual.

Sacha Walckhoff : My phone…with which I only take memory pictures!

Sacha Walckhoff : To live the beautiful.

Sacha Walckhoff : A ‘flexible screen’ banknote where you could edit the image of your choice.

Sacha Walckhoff : I am not a photographer but I have a passion for images that I have been compiling in notebooks for more than 20 years … This represents thousands and thousands of images pasted on white pages … it is a bit extravagant nowadays to spend hours cutting and pasting images, but it is my way of looking at them even better, to confront them and to make them interact.

Sacha Walckhoff : Not letting Keith Haring draw on my yellow raincoat when I was a teenager … but I’m very happy to have met him, he was a beautiful soul.

Sacha Walckhoff : Instagram, but some videos on Tik Tok or Vimeo amuse me.

Sacha Walckhoff : I don’t hang out with bastards.

Sacha Walckhoff : I don’t want to see it, but your question makes me think of the portrait of Dorian Gray… a beautiful image, a facade for all the turpitude. 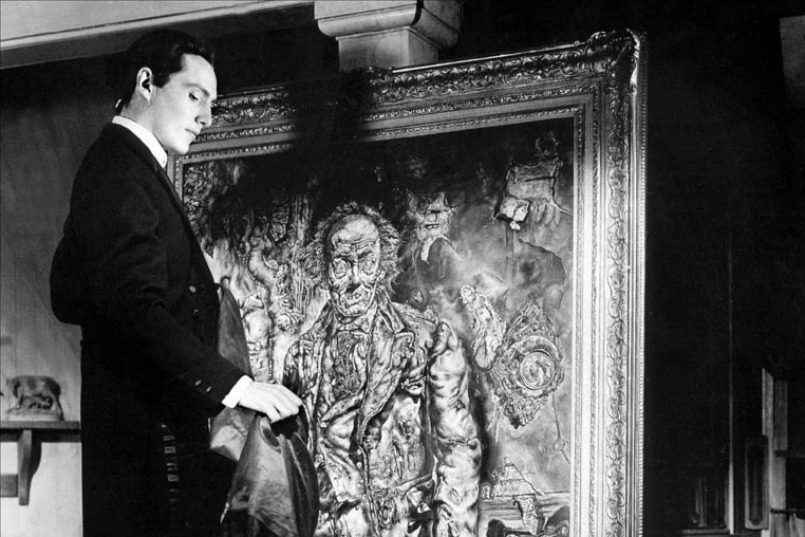